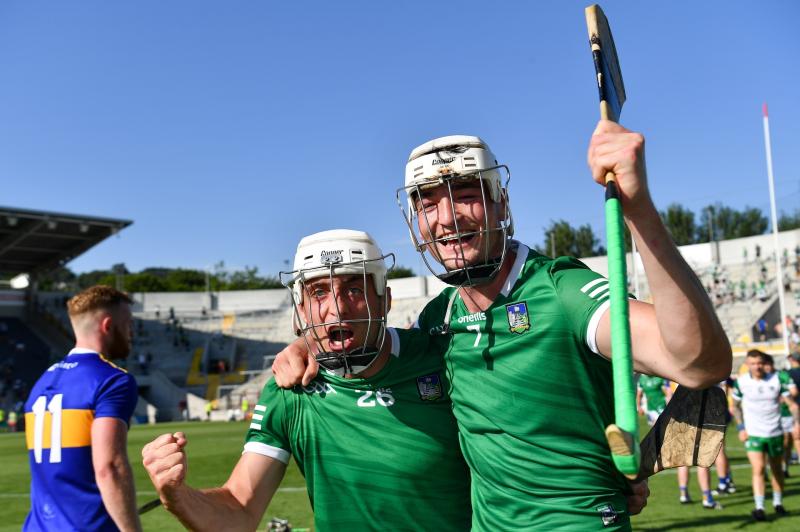 THE list of potential All-Ireland senior hurling semi final opponents for Limerick has been whittled down to three teams following dramatic qualifier games over the weekend.

So it’s going to be a repeat of the 2020 All-Ireland final with Waterford, a Dublin clash to mark the 100th anniversary of the 1921 All-Ireland final or a rematch with Cork five weeks after the Munster SHC semi final.

Limerick could only play Cork again if ‘The Rebels’ and Tipperary were both quarter final winners.

And, this Monday morning, Cork and Tipperary were kept apart in the All-Ireland SHC quarter final draw.

That draw has Tipperary playing Waterford and Cork playing Dublin.

As provincial final repeats can't happen, were both Cork and Tipp to win their quarter finals next Saturday it would be a Limerick-Cork and Tipperary-Kilkenny semi final line-up.

If Waterford and Dublin win, the semi final line-up would be Limerick-Dublin and Kilkenny-Waterford.

If Tipperary and Dublin win, the semi final line-up would be Limerick-Dublin and Kilkenny-Tipperary.

Limerick and Dublin have never met in an All-Ireland semi final but Waterford (2007) and Cork (2018) have previous clashes in the final four.

Limerick will know their semi final opponents after next Saturday’s quarter finals.

Before that it’s a busy week on the field for Limerick GAA with three inter-county sides in action.

Back-to-back champions Limerick face a Cork side that were 40-point winners over Clare in their quarter final outing.
Limerick have seven survivors from last season’s panel.

On Wednesday, in Pairc Ui Chaoimh, Limerick face Cork in the Munster U20 final. Cork are the defending All-Ireland champions.

Cathal O’Neill and Colin Coughlan will be bidding to add U20 medals to the senior medals they won on Leeside just 10-days previous.

Then on Friday, in Ennis, Limerick seek to end 23 years without a Munster minor football championship final appearance.

But Limerick face a Clare side bidding to appear in their fourth final in five years.