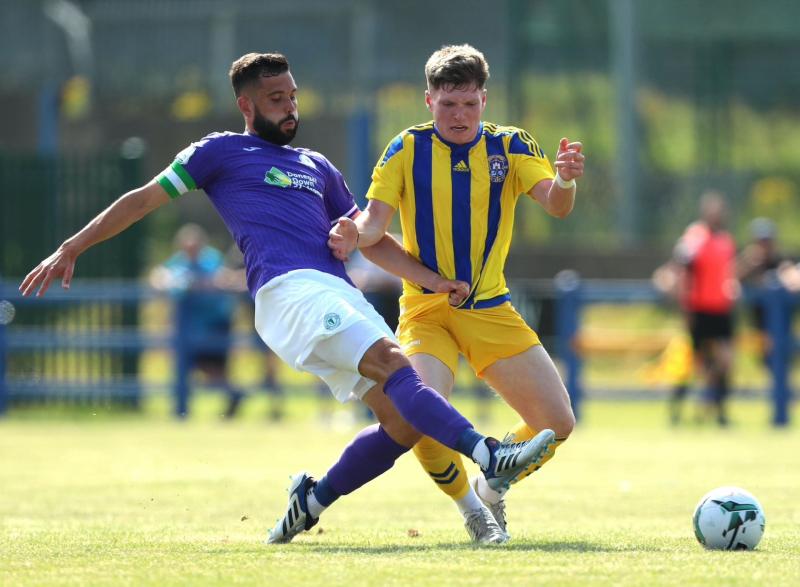 Airtricity League side Finn Harps progressed to the second round of the Extra.ie FAI Senior Cup this afternoon at the expense of Limerick's Fairview Rangers. The Donegal men were met by a spirited Fairview Rangers challenge and needed extra-time to progress.

Goals from Sean Boyd, Barry McNamee and an own goal undid the hard work from Jason Purcell’s side

Fairview, who qualified for this competition following their exploits in the FAI Junior Cup, had defeated Athenry in their only competitive game since early October in the pre-liminary round of this competition.

These sides had clashed in the same competition  and venue in 2002, as Harps ran out 2-0 winners against a Fairview side which had Jason Purcell and Tommy Barrett in their line-up.

The Donegal side were clear favourites for this contest, despite their poor run of form which had seen them go two months without a victory. The named a strong starting XI, including Barry McNamee and Glin native Karl O’Sullivan.

Jason Purcell’s side were level after a cagey first half, with Aaron Savage denying O’Sullivan and Jordan Mustoe. While Adam Foley hit the ‘View post in the opening minutes.

The stalemate continued as Dan Hawkins hit both the post and crossbar. At 90 minutes Fairview would have been happy but the match fitness from Ollie Horgan’s Harps eased them to victory.