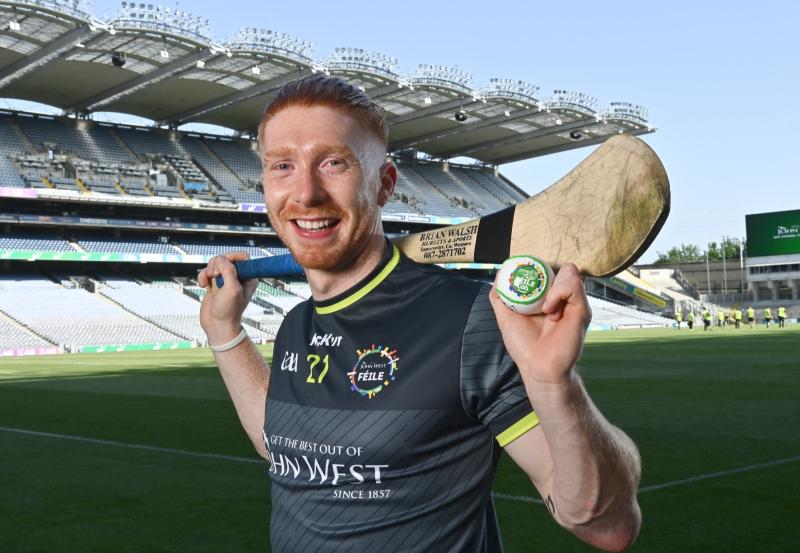 The Limerick and Patrickswell star was unveiled as a John West Féile Ambassador.

On Sunday, Lynch was Man of the Match as Limerick overturned a 10-point half time deficit to win by five points.

Lynch lauded the return of supporters as "special"

"It's unbelievable and what an occasion for the supporters of both sides to be able to come down here to Cork. I could see my own family getting up this morning and heading off to a match and that is something we have missed for the last 18-months," said Lynch.

"The fans here and the people at home watching it, its great to have some bit or normality back and we will enjoy this. To be able to go home afterwards and meet our families or supporters and local people is special," Lynch told RTE's Sunday Game Live as he accepted his Man of the Match award pitchside in Pairc Ui Chaoimh.

"That was battle there with Tipp and we know eachother so well from down through the years. Thank God we came out on top but great credit to the Tipp lads for they have done and what they will continue to do."

Lynch explained: "Tipp brought a massive work-rate and kept going and we couldn't come to grips with it there for a while but thankfully after half time we came out and things started to go our way and we just kept motoring on. The secret is just keep going and plugging away."

"The work-rate out there in that heat is hard and trying to get to the ball ahead of your man is hard enough to do on a normal day but today it was extra hard!"

Clubs which are successful in their county John West Féile can win the opportunity to play in Croke Park over the Halloween period.

To mark the 50th anniversary of John West Féile na nGael, a special event will be organised in Tipperary in which club representatives from the counties which participated in 1971 will play in a blitz, which will include the opportunity to play in Semple Stadium. This event will take place on the Bank Holiday Monday, October 25.