John Kiely lauds Kyle Hayes: 'I'm sure he would dedicate that performance to his great friend' 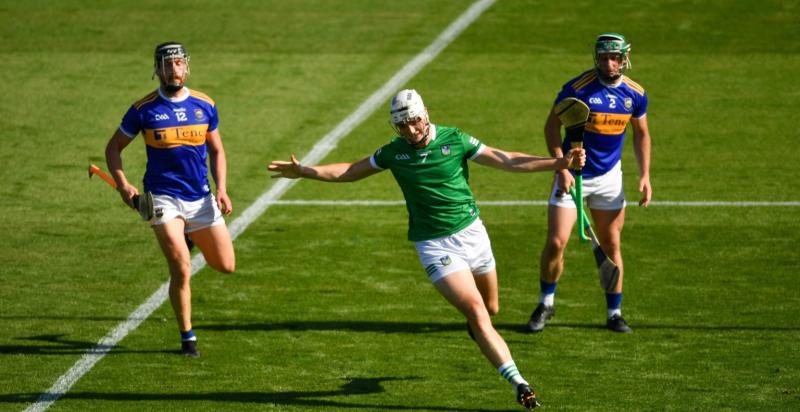 LIMERICK hurling manager John Kiely has paid tribute to his star performer Kyle Hayes for his Munster SHC final display - just 24-hours before the funeral of a club team-mate.

There was a moment's silence in Pairc Ui Chaoimh before Sunday's final in memory of Darren Whelan. The 23 year old was tragically killed while on holiday in Greece last weekend. Whelan played GAA with Kildimo-Pallaskenry, where he was a team-mate of Kyle Hayes and Limerick panellist Darren O'Connell.

"I’m sure he (Kyle) would dedicate that performance to his great friend," said Limerick manager John Kiely after the Munster title victory.

"Hats off to Kyle because it was difficult for him to do what he did today. At times he found it hard outside there on the pitch but like everything that Kyle does he gives it his all - there is no reverse, there is only going forward with Kyle Hayes and that’s the bottom line and I hope that’s the way he continues to be."

Hayes scored a wonder goal in the game's 54th minute to move Limerick 2-22 to 2-17 ahead after trailing by 10-points at half time.

"A cracking goal and I am delighted for him. He has had a really tough week, along with Darren O’Connell as well - their good friend Darren Whelan passed away tragically last weekend. It’s an awful blow to them young lads and it’s a reminder to us about about the fragility of life," said Kiely.

"We saw it again this weekend with Monaghan U20 captain Brendán Óg Duffy - what a terrible tragedy. All valuable young men to their families and communities and making a huge difference to their communities and wider communities. We are just grateful we have these young men and Tipperary, Limerick, Galway and Cork or wherever they are from - we are very lucky to have them and we have to try and mind them. Terrible tragedies and desperate losses and it hits these boys tremendously when something like that happens," said Kiely.

The funeral of Darren Whelan takes place this Monday.

Darren will be laid to rest at Loughill Cemetery following a private funeral mass in St Josephs Church, Kildimo at 12noon.

He is survived by his parents Edward and Geraldine, brothers Gavin and Eamon. Regretted by his grandmother Peg, uncles, aunts, cousins, extended family and a wide circle of friends.