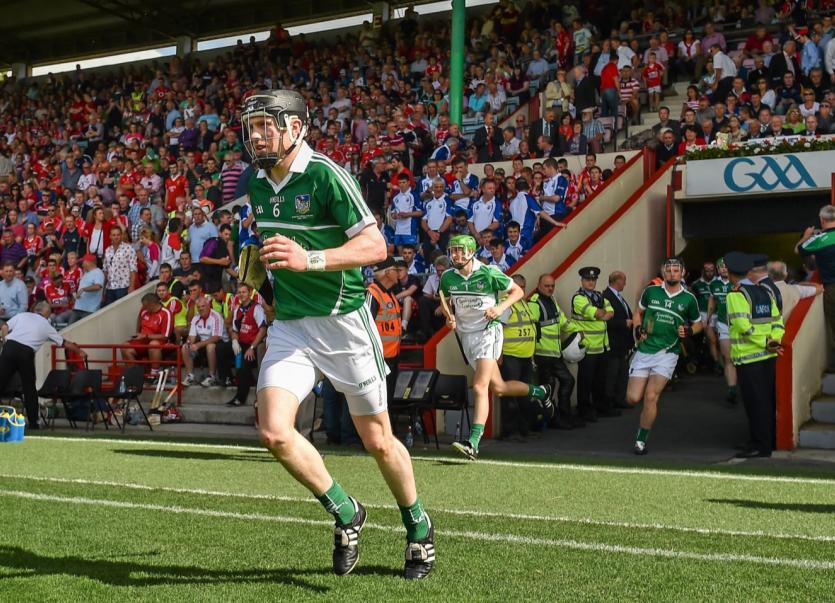 LIMERICK played in the last Munster SHC final hosted by the ‘old’ Pairc Ui Chaoimh and this Sunday the men from Shannonside are back to play in the first provincial senior hurling final since the redevelopment of the Blackrock venue.

Within two years of his inter-county retirement in October 2016, McNamara emigrated to work in Abu Dhabi.

”You still maintain the interest - for me it’s about trying to hold onto your identity. For us identity is GAA, which is massive. It is a bit more difficult because Sunday over here is a working day and depending on the time of the year we can be three or four hours ahead. There is a huge Irish community out here called Victors and that would be the main area to watch all GAA games. When you are away it could be out of sight, out of mind but no you stay in touch and connected. The way Limerick are going at the moment it is very easy to follow them and watch them,” outlined McNamara who made 23 championship appearances for Limerick between 2008-2015 as well as playing in 44 league ties across his nine years in the senior panel.

”2018 was a fantastic year - I was a full supporter. 2017 was my first year out and it is strange and you have to adjust but 2018 was just a roller coaster and I was lucky to get to most games and what and enjoyable year. You try to support as much as you can from over here even though you are slightly removed - it is difficult at times.”

The 2019 season was his first full year abroad and the first big success he missed was the last Munster SHC final meeting of Limerick and Tipperary.

“I remember watching the 2019 Munster final and what a fantastic win but it was tough enough to watch. Definitely better though that they are winning while I am away, than watching when not winning!”

McNamara won’t be in Pairc Ui Chaoimh on Sunday, but he will be a bit closer than his recent match venue in Victors Bar in the United Arab Emirates.

“We will be in quarantine! We come home on Friday. We haven’t seen families since Christmas 2019 - they are all vaccinated now and we are all vaccinated so there was an opportunity and we will stay home for a few weeks,” he explains with delight.
Before McNamara called time on his Limerick inter-county days, the young guns of Cian Lynch, Gearoid Hegarty, Barry Nash, Richie English and Tom Morrissey had made their senior debuts.

“When you are playing you are in your own bubble but also interested in the greater welfare of Limerick hurling and all reports we were hearing was that the academy was working. We could see guys winning Munster minor titles. When you see the conditioning of these guys coming in - they had the physique of men and that’s a huge start. That doesn’t happen because someone tells them to do it but because they worked at it – they had fantastic attitude,” recalled the Adare man.

“They were used to winning - when I was underage with Limerick to be honest the set-up would be deplorable. I remember going to one tournament and we had to pick up one or two guys on the way to make up numbers – that was the level of where I came from. That wouldn't happen now thankfully and we are all grateful for that.”

He continued: “When you are winning Munster minors and getting to All-Ireland finals and winning All-Ireland U21s, they were brought up winning and knowing how to win is massive - they have no inferiority complex. That was a huge advantage when starting a senior career”.

“It’s an amazing day - I will never forget 2013 and running out in Limerick to the full house. It’s incredible. I grew up in the 90s and if you didn’t like hurling after that decade of hurling, it just wasn’t for you after all those Munster final and big games. Roar of crowd and atmosphere was always something to behold and to get to experience that for yourself phenomenal,” he recalled.

“It’s a huge day in the calendar and for these guys to be going for three-in-a-row is remarkable.”

Guiding the Limerick hat-trick bid is John Kiely, who McNamara played under when the Galbally man was a selector with manager John Allen in their 2013 Munster SHC success.

“John (Kiely) was top class - such a good guy. A straight talker. He was a pleasure to deal with and you were never in doubt as to what he thought - he always had such clarity in his conversations and the information he was relaying. He has shown all to keep their feet on the ground to maintain the level of performance that they have. I’ve good time for John but I’m sure most in Limerick have.”