IT was an historic occasion at Hogan Park on Sunday afternoon when two Limerick-based teams went head to head in Group E of the U15 EA SPORTS National Underage League.

There were 19 players on duty for each team here recruited by both clubs in difficult, restricted times and many leagues were represented in those selections and a nice, appreciative crowd and proud parents were sprinkled respectively around the ground.

There can be a reluctance to take risks in derbies, that fear of losing to your neighbour is ever present. The respective coaches Dave Dineen (Limerick FC) and Peter Spencer (Treaty) had their charges well drilled and well encouraged during the contest that led to an entertaining match for all.

The Limerick FC keeper Peter Boland made good decisions when punching was the correct action to take.

Cian Kelly wafted in an early free and Peter Boland tipped it onto the crossbar. Jamie Long battled bravely for space on the right wing for Treaty but often had two Limerick FC defenders in attendance.

Jack Dunleavy headed away a Cathal Downes cross on 15 minutes. Cian Kelly smashed a drive from distance and Tom Healy blasted another off Boland’s crossbar. Tom was willing to have shots from long range throughout and found the roof of the net midway through the half but the assist was from a player coming back from an offside position.

Niall Hallissey’s tackling was precise and he formed a solid partnership with Dubby Amadison in the heart of the home defence. Treaty’s Finn Barrett ran clear but as the ball went wide to his left, he was unable to direct his shot on target.

Aiden O’Shea broke down the Treaty right after the resumption and when Jack Lawlor was fouled, Finn Barrett’s free was wild and off target.

Then Ruben McCarthy gathered possession out on the right and his dinked centre was headed home decisively by Jamie Moylan for what was to be the winning goal. Keelan Corbett had the pace to keep with the Treaty attackers and the tenacious Cathal Downes reverted to left back from his first half wing role.

Tom Healy rifled another long ranger after 25 minutes and Cian Barrett burst down the right to support the forward momentum but ran into traffic. Jamie Moylan and Aiden O’Shea headed crosses clear and corners which were well delivered by Rob Farrell.

Limerick FC tried hard for the equaliser, John Ikiebey and Dara McNamara to the fore for them in their efforts to create a goal scoring opportunity. Darragh Foley, Paul Canny and Jamie Forde were prominent in preserving the Treaty lead. 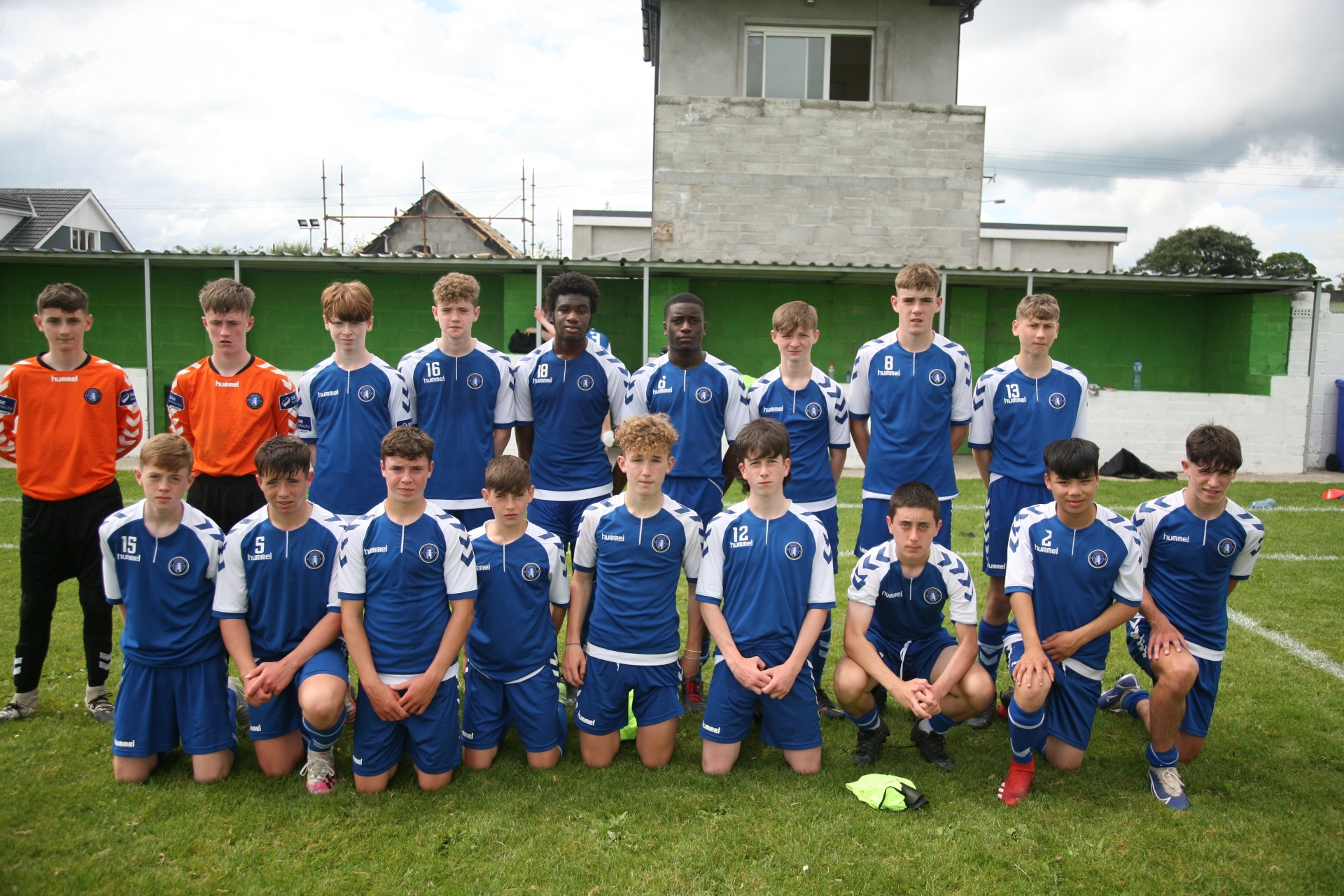 But the equaliser wasn’t to be, the bragging rights belong to Treaty for now.

We wish both teams well for the future.