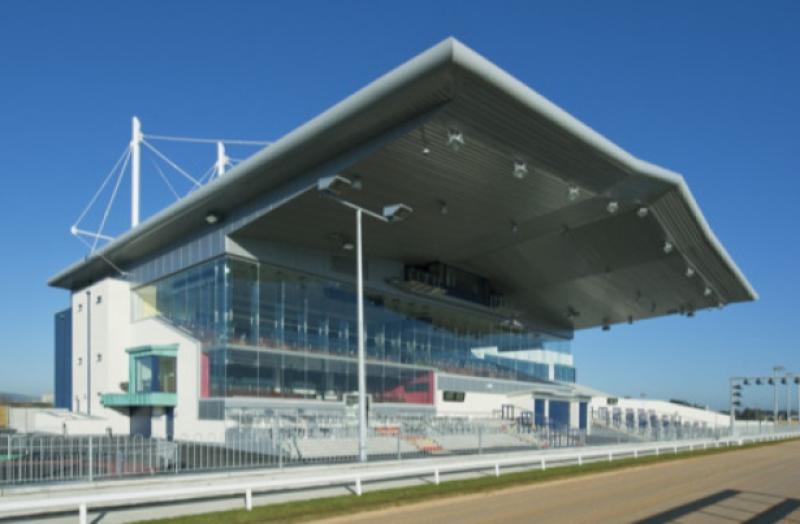 IN Limerick Greyhound Stadium, the opening round of the Michael Tobin Memorial A4 was the main attraction last Saturday night.

And although there was a series of impressive performances throughout the heats, it was Blastoff Butch who stole the show with an outstanding display.

If the opening heat of the night Blastoff Butch doubled his career tally for the West-Ham syndicate by producing a career best performance. Running from trap two, Blastoff Butch came through the bars to lead Nodgos Pet into the opening corner and the race quickly became a two-dog affair thereafter. The leader outpaced his rival down the back to extend his lead to four lengths and despite his stride shortening on the run for home, the son of Droopys Jet - Blastoff Sally still had a length and a half in hand over Nodgos Pet at the line. The time was 28.59 .

Next best in the heats came in heat five as Call Me Speedy got back to winning ways for Gerry Horgan and Pat Conway. A June 19’ son of Kinloch Brae - Maldinis Fancy, Call Me Speedy broke best of all from trap two and from here, he made every post a winner to come home a convincing, eight and a half-length winner over Vigorous Roberto in second. A 2/1 market chance, the time for Call Me Speedy was a slick 28.66 .

Elsewhere on the card there were some sparkling performances and the first of those came in race two as Mohane Vicky recorded her 15th career victory for local owner Cormac Davern. Heading to traps a 3/1 chance, Mohane Vicky didn't come away too well from trap three but she showed her customary early zip to hug the rails and take a two-length lead into the back straight. The daughter of Ballymac Vic - Mohane Maeve maintained a strong gallop thereafter and despite Monserrate asking serious questions in the closing stages, Mohane Vicky pulled out all the stops to seal a half-length victory. The time was 28.67.

Loxley is another who is well accustomed to his surroundings at Limerick and Sean Stack’s runner ran out a good winner of race ten. Coming away well from trap five, Loxley took up the running entering the back straight and proceeded to open a five-length lead over his rivals. However, the son of Laughil Blake - Rallying Way was given a scare in the latter stages as Sharavogue came home strongly to only go down by three parts of a length at the line. The time for the 5/2 market chance was 28.55 .

The penultimate race of the night saw Bling Bling Paul follow up a super Golden Muzzle campaign with victory in a 550-yard contest. Owned by John Meehan, Bling Bling Paul, a 5/2 shot, broke best of all from trap three and he quickly asserted control as he opened a healthy advantag. A strong staying type, the son of Sh Avatar - Killinan Reina was never under any threat thereafter and he came home six lengths clear of Grouchos Cain in second. The time was a terrific 29.73 .

The final race of the night proved to be the quickest over the standard trip as Lukes Fizz (Skywalker Luke - Blastoff Fizz) produced a trap to line display for owner Edmund Fitzgerald. A winner of his last two starts, Lukes Fizz was chasing a hat-trick and he broke well from one in his attempt to seal that feat. The 7/4 favourite opened a four-length advantage down the back straight and although Paradise Mozart ate into the lead in the closing stages, Lukes Fizz stuck to his task well to seal three parts of a length victory. The time was a hot 28.50.