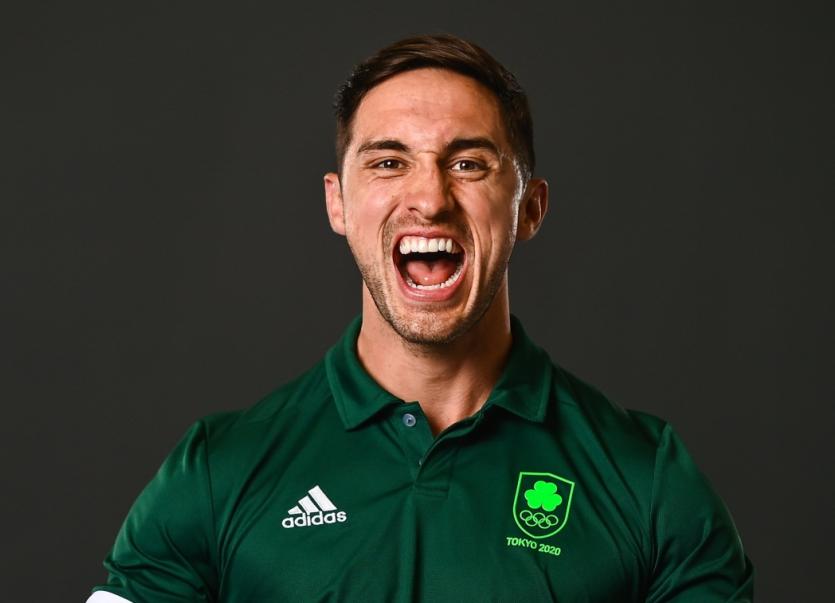 LIMERICK rugby player Greg O'Shea has been selected by Team Ireland on the Rugby Sevens squad who will compete in the Olympic Games in Tokyo this summer.

Twenty six-year-old O’Shea is no stranger to the Olympic movement, and previously competed in the Youth Olympics as a sprinter.

Shannon RFC clubman O'Shea said: “The Olympics is the pinnacle of sport, so to represent Ireland at the Games is a huge honour and it means even more to be there playing alongside my mates.

"All the hard work and sacrifice has been worth it and now I just cannot wait to get out there and play.”

O'Shea, who was a member of the Munster Academy, has impressed for the Ireland 7s teams in a number of international events in recent seasons.

Flying winger O’Shea has also represented Munster and Ireland at U-18 and U-20 level as well senior level for the province.

This is the first time that Ireland will field a rugby team in the Games, with the Rugby Sevens event making its debut in 2016 at Rio.

The Olympic 7s events will take place in the Tokyo Stadium, and will run from Monday, July 26 until Wednesday, July 28.

The Irish team dominated the final Olympic repechage on June 19-20 in Paris, when they overcame all teams en route to a sensational clash with pre-competition favourites France. With one Olympic spot up for grabs at the World Rugby Sevens Repechage, the Irish team left no stone unturned, emerging as the winners.

The team will now compete in Pool C, facing South Africa, USA and Kenya in matches which are fast moving and seven minutes per half and a two minute break between the halves.

There are seven players on the field of play at all times, and throughout the game only five substitutions can be made. The top two teams from the pool rounds move into the quarter final rounds, as well as the two best third placed teams. These are followed by semi-finals and finals.

Anthony Eddy, IRFU Director of Sevens Rugby team said: “We are delighted to be representing Ireland at the Tokyo Olympics. The squad has worked extremely hard for this opportunity, and they will be determined to perform well and represent their country with distinction.

"Very few rugby players get the opportunity to play rugby for their country at the biggest sporting event in the world and this squad of players should be very proud of their achievement and they will be the first of many more to come.”