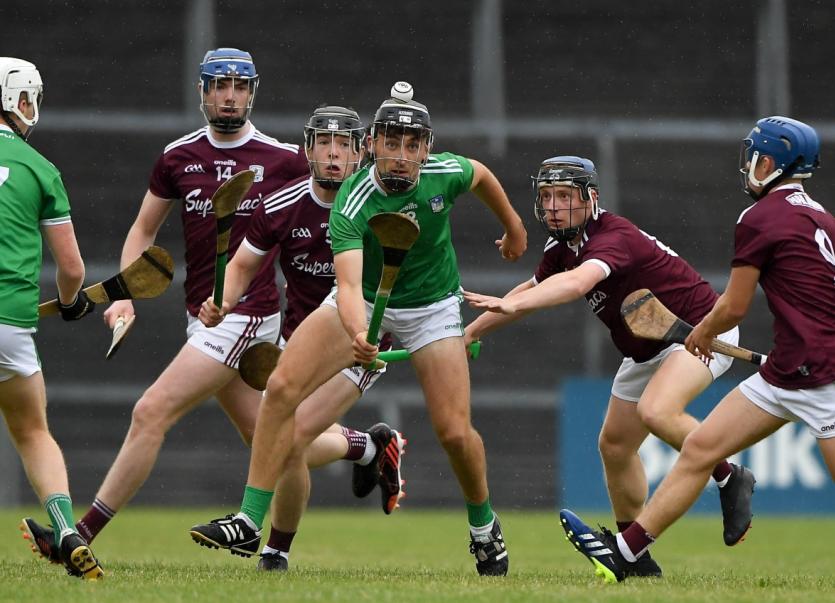 A gallant Limerick fightback fell short in the semi final of the 2020 All Ireland minor hurling championship this Friday evening.

Limerick trailed by just one point inside the final 10-minutes when Galway scored three goals to ease into the final with a 15-point victory.

In the final 10-minutes, the defending champions hit 3-6 with just one point in reply.

Chasing a fourth All-Ireland minor title in a row, they will play Offaly or Kilkenny in the July 10 final in Portlaoise. Offaly, who play Kilkenny in the Leinster final this Saturday, are managed by Limerick's Leo O'Connor.

In this Covid-19 delayed 2020 minor (U17) championship semi final Limerick started with an extra man in defence but the Galway attack still looked sharp and it was 1-8 to 0-4 to Galway by half time. Limerick altered in the second half and battled back gamely but late Galway goals were among the final eight scores from the teenagers in maroon.

Captain Adam English had a point from play in the third minute to open the Limerick account and it was to be the only score from play across the 30-minutes from the side in green.

When Liam Lynch opened this account in the ninth minute this semi final was level for the second time at 0-2 each.

But then Galway took off with the next four scores to move into a 1-5 to 0-2 lead and 13-minutes played.

The goal was a flowing move in the 11th minute with Ruben Davitt finishing to the net after a lovely pass from Colm Molloy, who helped himself to three points in the half.

Galway had gone close to a goal earlier but Tomas Lynch saved from Molloy in the seventh minute.

On the resumption wides continued to hinder Limerick - not scoring until injury time in this period.

Three Galway scores edged their advantage out to eight points before a Lynch free ended 13-minutes without a Limerick score just on half time.

Limerick reverted to a more traditional formation in the second half and had more spark from the off.

Cian Scully pointed on 90-seconds and within four minutes Limerick had another two points - Patrick O'Donovan with a neat finish over his shoulder.

Nonetheless Limerick continued undeterred and two placed balls from Lynch left Limerick just two in arrears and only seven minutes played in the half.

When O'Donovan added another from the sideline, the lead was just a point.

In the ninth minute, Galway ended the run of six Limerick points with a score from sub Conor Slattery.

After Galway finding three-in-a-row to move  back four clear, Limerick raced to the water break with three points - two from Shane O'Brien.

With that the Limerick challenge faded and Galway sealed the win with impressive eight late scores.