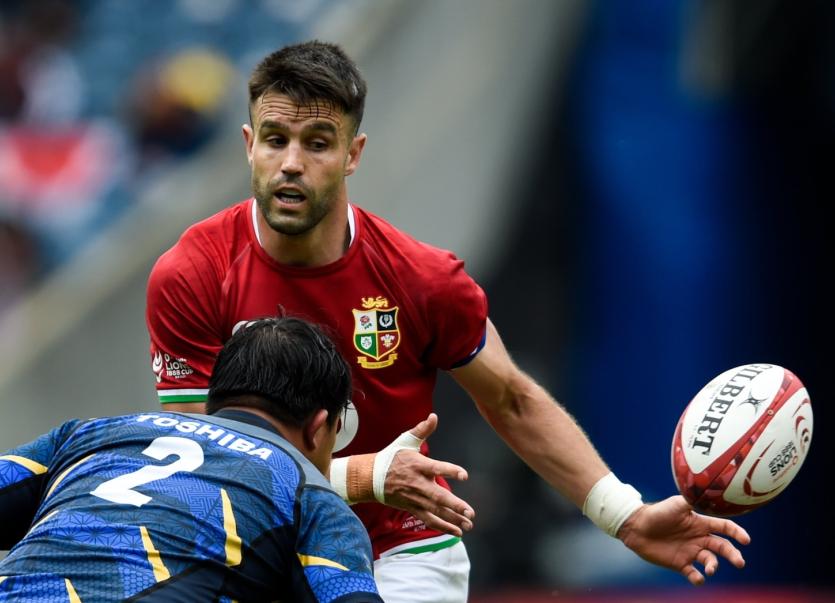 LIMERICK scrum-half Cnor Murray is to captain the British and Irish Lions on their upcoming tour to South Africa.

Patrickswell man Murray has been appointed as Lions skipper with original tour captain Alun Wyn Jones ruled out of the series after picking up a shoulder injury in Saturday's fixture with Japan at BT Murrayfield.

Thirty two-year-old Munster Rugby and Ireland scrum-half Murray will be touring with the Lions for a third time this summer.

He is the second Limerick man to skipper the tourists in 12 years after Paul O'Connell also led the Lions on their 2009 series in South Africa.

The former St Munchin's College schools player has made 150 appearances to date for Munster and scored 31 tries during that time.

Murray, who has won 89 caps to date for Ireland, has made 13 appearances for the Lions in all, through their 2013 tour to Australia, 2017 to New Zealand and today's fixture with Japan.

Lions Head Coach, Warren Gatland said of Murray's appointment: "Conor is an outstanding rugby player and is held in the highest regard with both the players and coaches.

"As a three-time Lions tourist, he knows what will be required as captain and I am certain he will lead the squad with excellence. He will also be well supported by an experienced leadership group."

Murray, who has represented Young Munster and currently Garryowen at club level, came through the Munster Rugby Academy. He completed his three years with the academy at the end of the 2010/2011 season and then secured a senior contract.

While in the Academy, Murray made his Munster senior debut as a replacement against the Sale Sharks in the 2009 pre-season game in Musgrave Park.

Then his competitive debut included a very brief appearance as a blood replacement in Galway in the Magners League. His second outing in the Munster shirt was as a 78th minute replacement against the touring Australians in November 2010.

A year later he had established himself as first choice scrum half for Munster. Murray's 2012/13 season ended with a Lions squad inclusion and he featured in seven of the touring games including two of the test games.