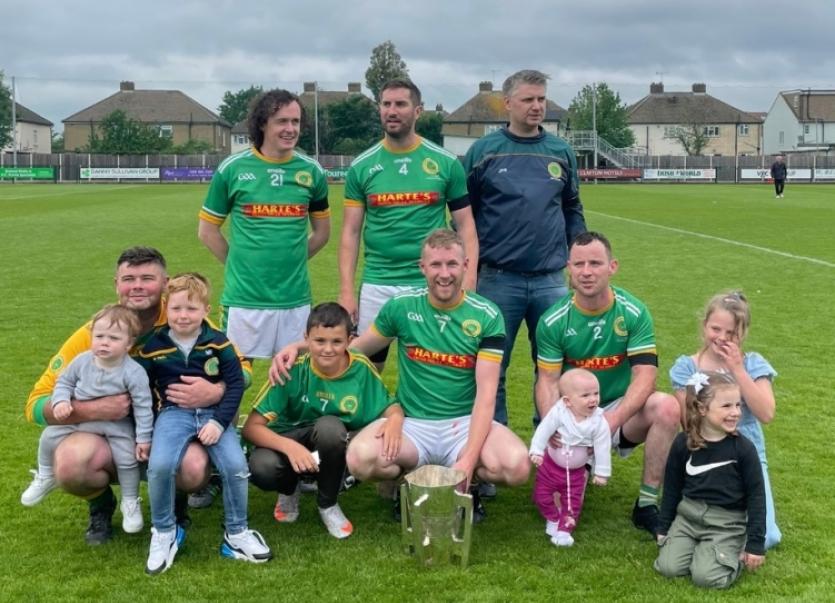 THERE was strong Limerick representation on the winning teams in the 2020 London senior and intermediate hurling championship finals on Sunday.

In total 14 Limerick natives picked up winners medals in McGovern Park in Ruislip.

In the McAleer & Rushe sponsored senior final, Brothers Pearse were 1-17 to 0-18 winners over St Gabriels.

It was a first title for the men in green since 1998 and a fitting victory on clubs centenary.

The club chairperson is Limerick man Gerry Rea. His son John Paul was a selector with the team, his daughter Sonia is the club Childrens Officer, while his niece Sarah is club Treasurer.

On the field of play Stephen Frawley and Joe Bermingham (both Ballybricken-Bohermore), Mike Noonan (Adare) and Jake Greaney (Knockaderry) all started, while Dicky Doyle (Cappamore), Aodhan O'Brien (Doon) were among the subs.

It was a first final appearance for Brothers Pearse since 2013 - Frawley and Greaney also played in that final.

In the W Reilly London IHC final Sean Treacys had a 2-11 to 1-5 win over Fulham Irish.

It was 1-6 to 0-3 to the men in red and white at half time. An early second half goal from Eoin O'Farrell set them on their way to the title against a Fulham team that included Gearoid Aherne (Adare), Eddie Dooley (Hospital-Herbertstown) and Conor Ahern (Kilteely-Dromkeen).