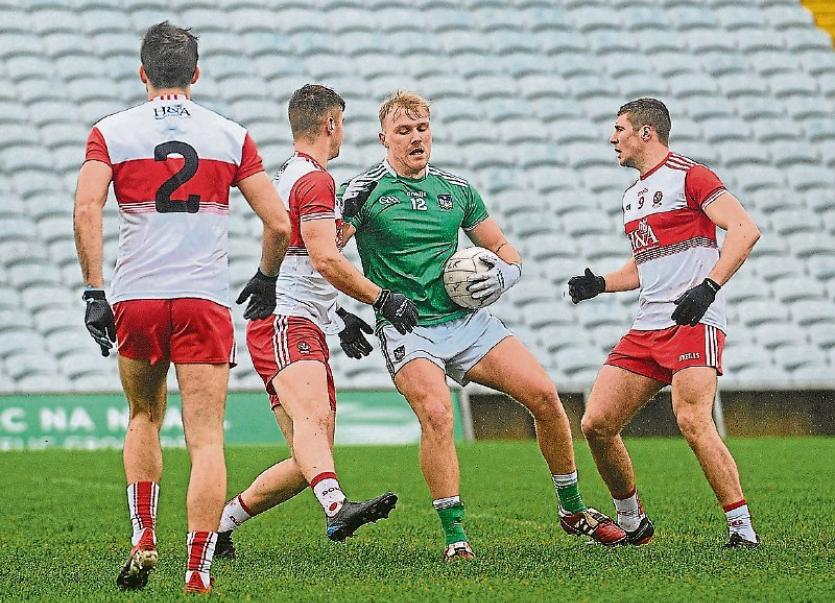 DERRY stand between Limerick and promotion into Division Two of the Allianz Football League.

The sides meet this Saturday, June 12, in Leitrim GAA’s Avant Money Pairc Sean MacDiarmada in Carrick on Shannon. Throwing in at 4pm, the Division Three league semi final will be available to watch on GAAGO for five euro.

If Limerick did overcome Derry there wouldn’t be any league final to look forward to as Billy Lee’s men are in Munster SFC quarter final action on June 26 and would therefore ‘share’ the league title with either Fermanagh or Offaly.

Saturday will be just the third league meeting across the last 30 years after games in 1992 and 2019.

Much has changed since 2019 – a year when the men in red and white were enroute to promotion out of Division Four.

Derry are also under new management – Rory Gallagher is now in his second season at the helm. The right hand man to Jimmy McGuinness when Donegal were All-Ireland winners, the former Fermanagh footballer actually trained with Liam Kearns’ Limerick over 15 years ago when he was based in Limerick.

Current Limerick manager Billy Lee was a selector in that era. Those years were also the last time that Limerick and Derry met in knockout football – All-Ireland SFC Qualifiers in 2004 and 2005.

Ahead of Saturday, Limerick arrive in the Division Three semi finals fresh from promotion out of the basement division last year. Games against Tipperary, Offaly and Wicklow helped the men in green into the promotion play-offs. In total 25 different players have seen action in the league games from the 38-man panel assembled by Lee and his backroom team of Brian Begley, Shane Kelly, Seamus O’Donnell and Adrian O’Brien.

It’s the first meeting of the teams since March 2019 when Derry were 0-13 to 1-5 winners enroute to promotion out of Division Four.

After Saturday, attention will move swiftly to the June 26 Munster SFC clash with Waterford in the LIT Gaelic Grounds – the opening game of the 2021 championships. On Sunday Waterford play Antrim in the Division Four promotion play-off.