Fourth faces bottom as Treaty United on the road to Wexford 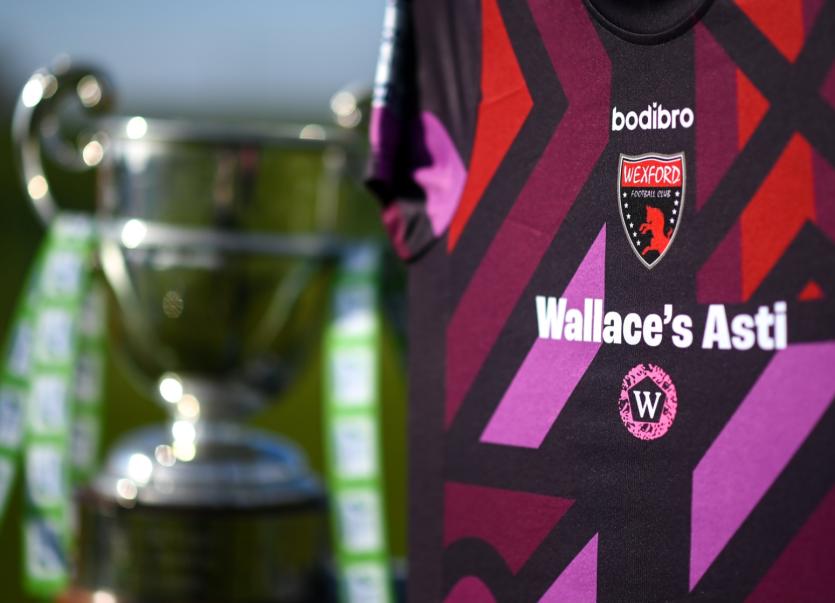 TREATY United will look to keep a run of form going this Friday night as they take on bottom side Wexford FC at Ferrycarrig Park.

The 7.45pm kick off sees Tommy Barrett's fourth placed side looking to improve on their four wins, four draws and two losses from 10 games record so far this season.

Treaty United returned to winning ways in the SSE Airtricity League First Division when recording a precious 2-0 victory over Bray Wanderers on the back of an improved second half showing at the Markets Field last time out.

A terrific solo goal from substitute Willie Armshaw in the 86th minute, followed by an own goal two minutes later, helped Tommy Barrett's side get back to winning way ahead of the league's mid-season break.

The game had looked like finishing in a scoreless draw until it produced an action-packed finish and those two goals in quick succession.

Armshaw's fantastic solo goal was worthy of winning the points in its own right.

The former Limerick FC U-19 and St Michael's player from Cappawhite eased his way into the Bray penalty area, thanks to some dazzling footwork before he unleashed a terrific shot low into the right corner of the net from an acute angle.

Treaty United were 1-0 winners over Wexford when the two sides met at the Markets Field earlier this season.

A 26th minute Anthony O'Donnell goal was enough to secure all three points in that series two tie.

Contrary to Treaty United's consistent season, Wexford have won just one of their opening 10 league games, losing the other nine.

The men from the south east have been shipping some goals of late, including six against UCD and five against Cork City.

However a win over Cabinteely (2-0) before the mid-season break, ensured that the rot has been stopped.

Tommy Barrett's men however will be looking to take all three points in this one, which is available to watch online through the FAI portal.

In the coming weeks, Treaty United take on Cobh Ramblers on Saturday June 19 at 7pm in St Colman's Park, before returning to the Markets Field on Friday June 25, to take on Galway.

At the time of going to print, the number of fans allowed attend the game has not been confirmed.