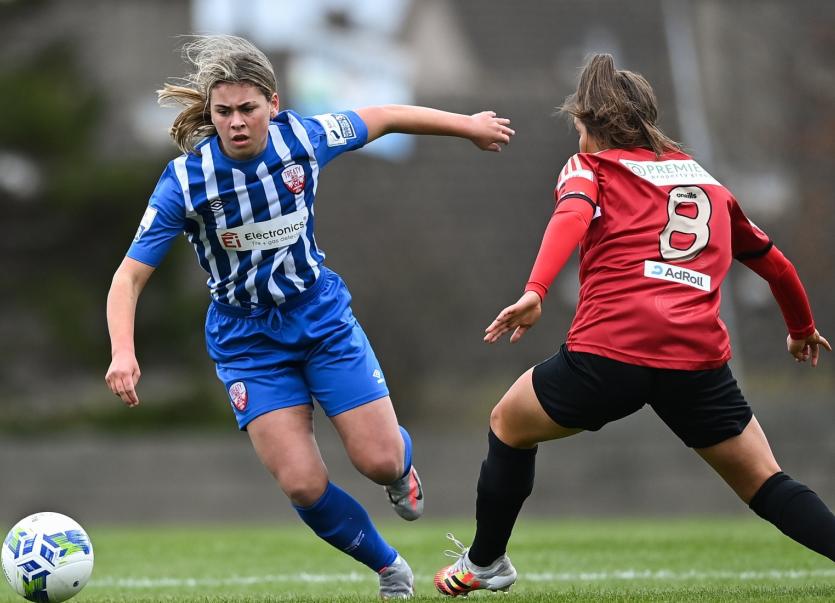 Treaty Utd's Jenna Slattery gets past Sophie Watters, of Bohemians, during the sides WNL fixture in Dublin in March

Treaty's hopes of making it back-to-back league wins were dashed on Sunday when Treaty suffered a 5-0 defeat to DLR Waves at Jackman Park on Sunday.

The Niall Connolly-managed Treaty Utd side sit in eighth-place in the WNLtable, one point ahead of basement side Cork City.

However, Limerick-based Treaty are just three points off fifth-placed Bohemians who they host at Jackman Park this Sunday.

Visitors DLR Waves took control of last Sunday's game early early on and never let up, scuppering Treaty's hopes of collecting a second win of the campaign following their 3-2 success away to Cork City last time.

Treaty will justifiably feel a little unlucky when Ciara Maher's deflected shot opened the scoring for the visitors on 20 minutes. DLR led 3-0 at half-time and added two further goals in the second half.