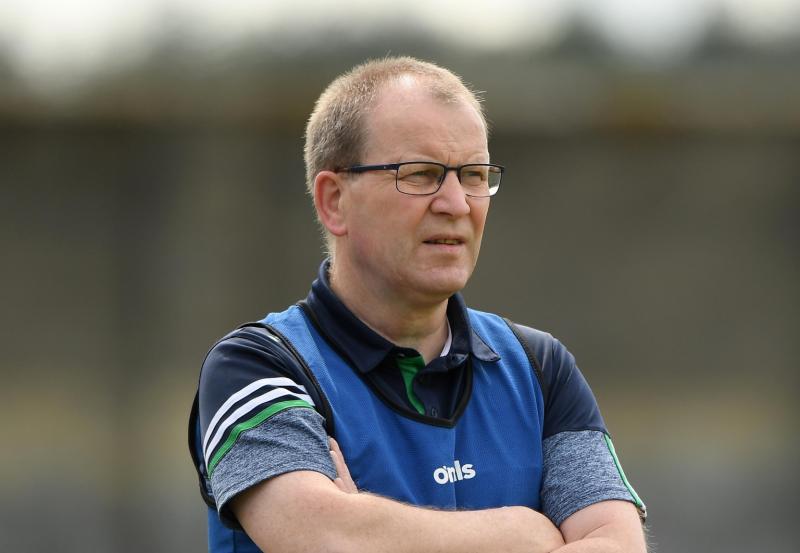 It was a three month process to fill the vacant role after John Brudair stepped down and it’s fair to say that there wasn’t a queue outside the Gaelic Grounds looking for the position.

Newcastle West’s Billy Lee is now in his fifth year as Limerick manager. The likes of Dessie Farrell and Mickey Harte will always garner more headlines but Billy Lee has done an incredible job on Shannonside.

Thankfully he has proven to be the right man at the right time because Limerick football was certainly at a low ebb after the highs of the previous decade. There may have been a clamour for a high profile outside manager but in hindsight would that have been a short-term fix, whereas Lee is very much intent on leaving Limerick in a better place for the future.

Billy Lee was part of those highs as a selector under Liam Kearns and his passion and commitment to Limerick football are second to none.

At times over the five years, Lee has struggled to attract players and management personnel into his set-up but when many others would have walked away, Lee stayed the distance.

Now Lee deserves any plaudits that come his way – he has built a competitive panel of players and lifted Limerick to their highest Allianz Football League standing since 2007 and the campaign isn’t over yet.

Twenty five different players have seen action in the league games with Tipperary, Offaly and Wicklow and looking across the 38-man panel the likes of James Naughton, Killian Ryan and Colm McSweeney haven’t featured in matchday panels.

Indeed a look at the 38-man panel shows that Lee and his backroom team of Brian Begley, Shane Kelly, Seamus O’Donnell and Adrian O’Brien have assembled pretty much as strong a panel as possible – among the obvious absentees are attacking trio Sean McSweeney (St Kierans) and Jamie Lee who are both abroad and Sean McSweeney (St Senans), who opted to play with Treaty United senior soccer side this season.

Such is the strength in depth that despite the loss of the loss of those forwards, Limerick scored 2-14 from play last Saturday in a game with much on the line.

There are now genuine options for nearly every single position across the field and all are of a great age and indeed still maturing under the strength and conditioning of Adrian O’Brien.

All is relative of course. Limerick stand one win away from Division Two and back-to-back promotions.

Clearly it would be a huge stride forward to reach the second tier but Billy Lee’s tenure has very been about getting a team ready to walk before running. Therefore another season in Division Three would not be the end of the world – especially if some normality returns and Limerick get seven league ties.

For now, lets appreciate the achievement of consolidating their league status which is no mean fete given the 2020 Ulster and Munster champions Cavan and Tipperary are now facing relegation play-offs in the division. Recent years show that many a team that were promoted out of Division Four went straight back down and indeed Wicklow could yet follow in this regard.

So a job well done in 2021 so far but remember championship will come exactly two weeks after the Derry league semi final and victory over Waterford will be a must ahead of a crack off Cork in the provincial semi final.

When championship does come to an end, Billy Lee’s term will have ended as Limerick manager. As long as he remains interested, ensuring an extension to his term will be crucial to the continuing progress for Limerick.

Lee and Clare football manager Colm Collins share many traits and their work as managers outside of the flagship ‘big football counties’ is incredible.

Both have hit out when needed, haven’t shirked key decisions and crucially they have an innate love for their sport and county.