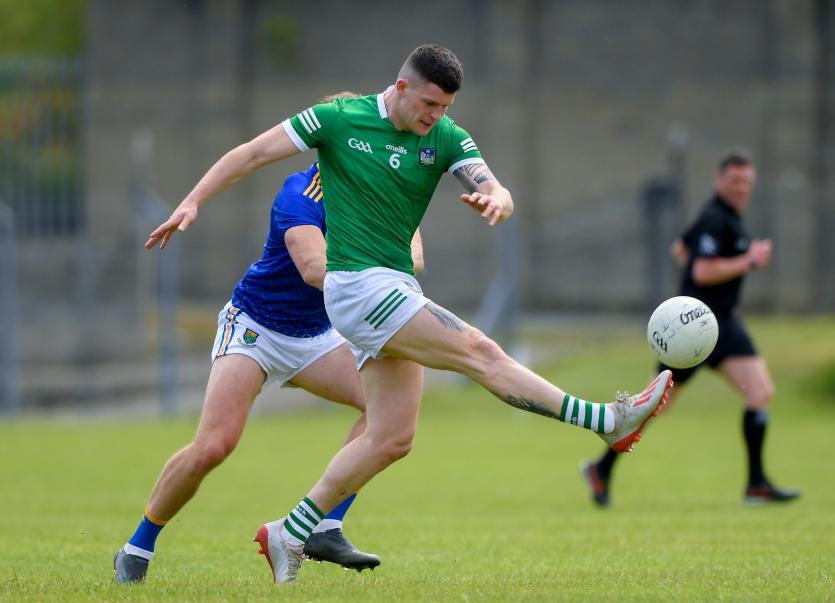 LIMERICK booked their place in the semi finals of Division Three of the Allianz Football League with victory over Wicklow.

In this win Limerick had 10 different scorers from play with second half goals from Danny Neville and Hugh Bourke.

In an entertaining opening half it was Limerick that brought a 0-11 to 1-6 lead into the half time dressing room.

It was a half in which Limerick scored all 11-points from play, across eight different players.

The sides were level twice in the half with the final two points ensuring the interval lead for Billy Lee's side.

The visitors had a 0-4 to 0-1 lead inside 10-minutes with Gordon Brown, Robbie Bourke, Tommie Childs and Danny Neville all on the mark for the men in green.

A number of turnovers were then punished by Davy Byrne's side as Wicklow found their feet to leave it 0-5 to 0-4.

Hugh Bourke left Limerick two points to the good at the first half water break.

Iain Corbett and Tommy Griffin extended the lead out to four points for the first time on the resumption but then came the key Wicklow score of the first half.

A high looping ball should have been cleared further to safety by Limerick goalkeeper Donal O'Sullivan but when the breaking ball fell on the goalmouth Eoin Darcy was first to react and palm the ball to the net - that left the game level for the first time 0-8 to 1-5.

Either side of the goal were frees from goalkeeper Mark Jackson and the game was 0-9 to 1-6 with half time approaching.

The opening minutes were littered with injury stoppages and after 10-minutes of play Limerick were two points clear with a fine Neville score and then a Hugh Bourke free - that free came after 12-points from play.

The second half water break came after 16-minutes and Limerick were 0-14 to 1-9 ahead.

On the resumption Robbie Bourke crashed a drive off the bottom of the upright after a great crossfield pass from Neville.

But the goal did arrive minutes later - Danny Neville had the beating of the full back line all day and he cut along the endline to find the net.

And, two minutes later Neville turned provider and Hugh Bourke palmed to the net for a 2-16 to 1-11 lead.

Subs Seamus O'Carroll and Gerard Stack put the icing on the win with late points.