Munster Rugby under 20s to feature for Ireland against Leinster 'A' 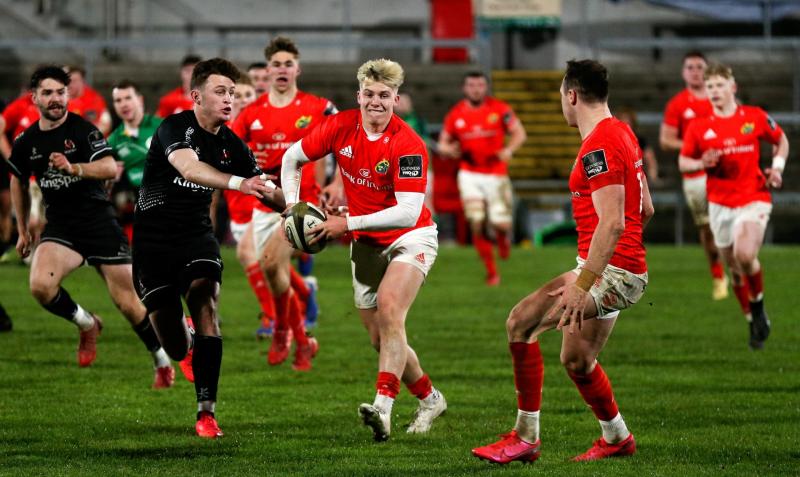 The Ireland U20s are stepping up their preparations for the rescheduled U20 Six Nations when they face Leinster 'A' at Energia Park on Friday afternoon (Kick-off 1pm).

Head Coach Richie Murphy, along with Assistant Coaches Colm Tucker and Denis Leamy, have been working with an extended squad at the IRFU High Performance Centre this week, as Ireland continue to build towards the Championship in Cardiff.

With just three weeks until Ireland's Six Nations opener against Scotland on 19 June, Friday's hit-out against Noel McNamara's Leinster 'A' side will be an important building block, and Murphy has named an extended 32-player squad for the challenge match at Energia Park.

Joe McCarthy, who featured in the Ireland second row during last season's U20 Six Nations campaign, will captain the side on Friday, with Murphy hoping to maximise the playing opportunities for his panel over the course of the 80 minutes

Commenting ahead of Friday's game, the Head Coach said: "We've had two really positive camps at the High Performance Centre, and the group is making good progress in our preparations for the Six Nations campaign. Friday's game against Leinster 'A' will be an important step for us in our preparations, as we look to implement the hard work on the training pitch into a match situation."

Ireland open their Six Nations campaign against Scotland at Cardiff Arms Park on 19 June, before facing Wales in Round 2 on 25 June. Murphy's side will go head-to-head with England on 1 July, before concluding the Championship with ties against Italy on 7 July and France on 13 July.

There will be coverage of Friday's game at Energia Park on Irish Rugby social media channels and IrishRugby.ie.