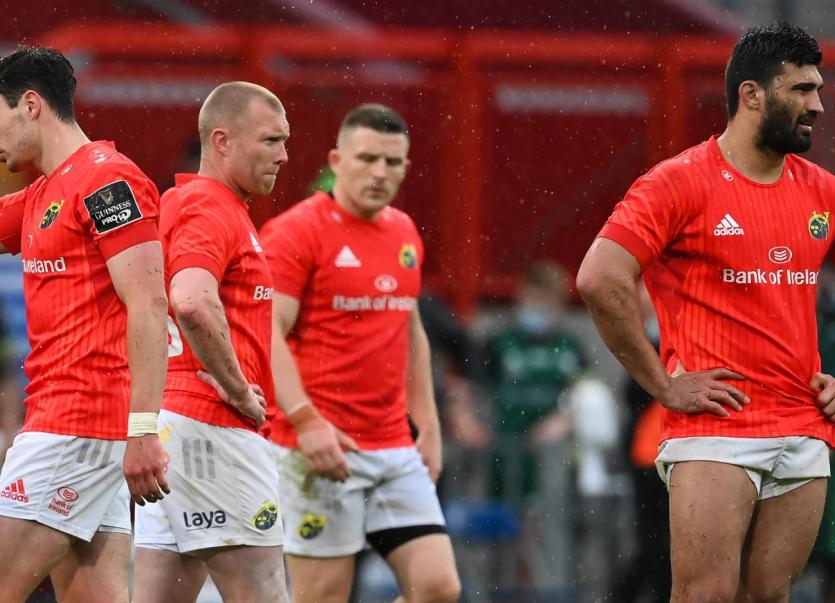 IT WASN'T easy for him, but Munster Rugby head coach Johann van Graan did well to hide his frustration on Friday night, following his side's shock defeat to Connacht.

Hours after the organisers had announced a PRO14 Rainbow Cup final would take place on June 19, van Graan's side left vital points on the pitch.

“It became a tactical game and I said to the guys we played in the right areas of the pitch, and we just couldn’t score a try at the end. You have got to take that on the chin. We have to review that and move on,” admitted van Graan after the 24-20 loss.

When asked if the pre-game favourites were guilty of having one eye on the final, or one eye on the chance to all but put one leg into the showpiece, the Munster coach confirmed that his side were and will continue to, ‘take one game at a time'

“We as a club are not going to talk about a final,” said the Munster boss. “We are just thinking about performance, which was not good enough on the evening. We will keep backing our squad and will keep making changes over the next two games and if we are there in the end, that will be great.”

Those two games to come are against Cardiff on May 28 at Thomond Park and Zebre on June 11, in Italy.

Munster now find themselves in second place in the table, four points adrift of Benetton Treviso, the surprise package of the season so far.

The frustration boiled over too for CJ Stander who did not hide his disappointment at some ‘big’ calls going against his side in the game.

CJ Stander was upset at the performance of the referee Dan Jones telling eir Sport that it had felt like “playing against more than 15 men”, adding “I can say it now I’m done but it’s difficult for both sides.”

There were two Munster tries chalked off on the night and the home side were left to regret some slopping tries conceded too.

“Look, we got over the line but we could not get the points,” said van Graan.
The Munster bench had eight internationals to call upon, but Lions Tadhg Beirne, Conor Murray and

Keith Earls could not get the much needed try to see their side turn one point into four.

“It was two evenly-matched teams but they had a strong bench as well.

“When the rain came it took away a lot of continuity in the game,” admitted van Graan.

Meanwhile for Connacht, the win was the first time they have beaten all of the other provinces away from home in the one season, while it was also the first win for Andy Friend’s against the men in red.

“That’s the best I’ve seen us play for 80 minutes,” said the Connacht beamed as his side took the win.