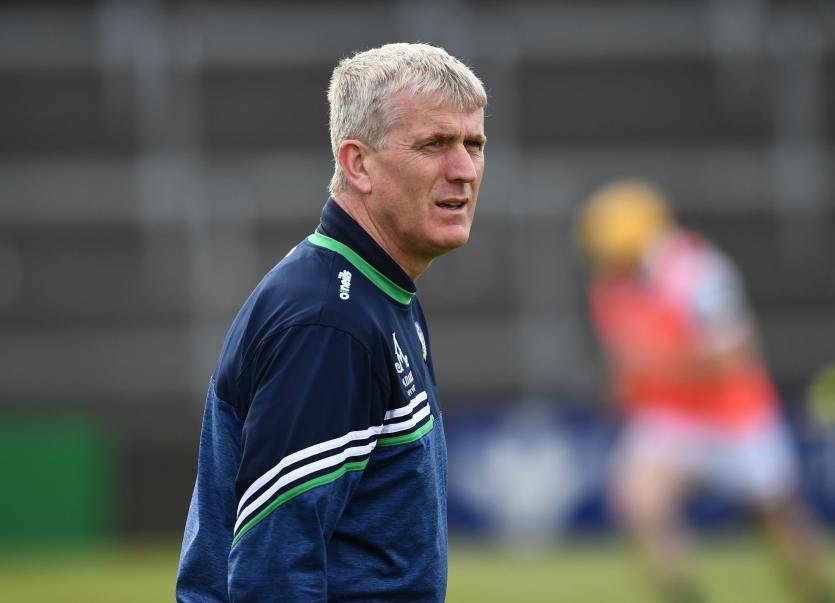 And, Kiely also hit out at some “embarrassing” simulation from Galway players to win frees in the Pearse Stadium tie.

“It’s a worry for the game as much as it is for us,” said the Limerick manager after the six point loss to Galway on Sunday.

“Having seen two games now I would have major concerns for where we are at. Clearly we have to take responsibility for our own performance levels and we do and nobody will take it more on the chin than ourselves in our own reflections and analysis our of the game and our response to that in training during the week, however it does appear that the game has changed in the last four months while we were all at home. Somebody has decided to take the tackle out of the game and I would love to know who they are and when it was decided,” said a frustrated Kiely.

“We had nobody here today watching the game and 12-months time we won’t have anybody watching it if it’s 36 frees that they are going to be sitting down to watch and however many restarts, maybe 60 and however many sidelines. I think the people at home today were saved 20euro because that wasn’t a spectacle that anyone would like to be part of,” he outlined.

“Unfortunately we are in the position that we are in now for two weekends in a row where we should have been talking about how great it is to have the teams back on the pitch and the quality of performances but we are stuck on this area where we are discussing rules and we never had to have those conversations in the past. I can’t remember, and I am involved a long time, having to have conversations about rules.”

Kiely added: “Why have we come to the point where we had such a fantastic game that everybody was enjoying and now we are in a situation where we are having deep conversations about rules - it’s so disappointing”.

And the Limerick manager questioned some “simulation” from Galway players to win frees.

“Yes I completely agree that some of those frees are frees on our behalf; hurleys late and late contact or maybe a hand left or a hand high - all absolutely frees, but when a player has the ball and they run at you and throw themselves on the ground and they are roaring and shouting, that’s embarrassing and that’s not part of the game.”

He explained: “There were some clear examples of simulation there today - a couple were very embarrassing and none of us want to see that brought in as part of our game. Having said that, the referees interpretation of the rules and our understanding of that is at an all time low in my opinion. We don’t know what it is we are expected to do”

”We had players today that were being physically held from running - an opposition player even hurt himself while trying to prevent a player from running. It was in open view of the umpires, linesmen and fourth official and our referee and they couldn’t see it and it persisted throughout and yet a player can put a hand in in a tackle and it’s a free,” said the Limerick manager to media.