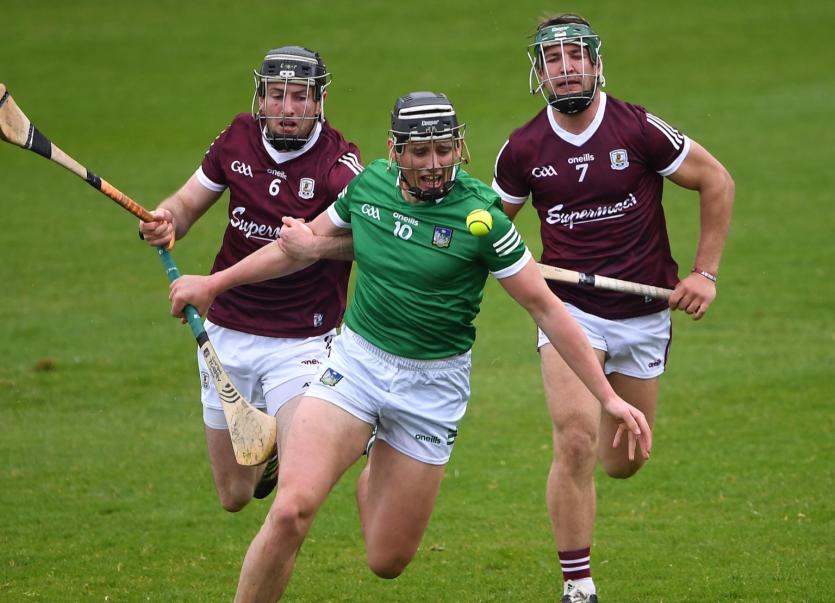 LIMERICK'S unbeaten run came to an end this Sunday afternoon with defeat to Galway in round two of the Allianz Hurling League.

In Pearse Stadium in Salthill it finished Limerick 1-17 Galway 0-26.

It brings to an end a 22-month unbeaten run for John Kiely's side stretching 14 games back to the 2019 Al-Ireland SHC semi final loss to Kilkenny.

Next up for Limerick is a repeat of the 2020 All-Ireland final against Waterford next Sunday in Walsh Park.

This was Limerick's first visit to the Salthill venue since March 2018. On that occasion Galway were reigning All-Ireland and League champions and John Kiely's visitors sealed a win that secured promotion into the top flight of the league and laid a foundation for three years of trophies.

Limerick started with a team which included first league starts for Brian O'Grady and Cathal O'Neill.

Galway played with the aid of a slight breeze and brought a 0-14 to 1-8 lead into half time.

David Reidy had the first of five first half frees to open the game but Galway hit the front in the second minute and held that advantage until the interval with seven Evan Niland frees leading the way for the men in maroon.

Shane O'Neill's side set much of the tempo in the half and were 0-10 to 0-5 clear before Seamus Flanagan hit a Limerick goal in the 26th minute.

Galway were 0-7 to 0-4 ahead at the first water break on 20-minutes with Peter Casey the only Limerick scorer from play in that period.

Six different Galwaymen were on the mark in a half were they had three wides, one less than Limerick.

Gearoid Hegarty had a fine point on the resumption after the water break but soon The Tribesmen were five points clear.

Then Hegarty set up Flanagan for the goal.

But Galway were soon five points clear once more with four of the five points after the goal - 0-14 to 1-6.

Limerick did finish on top with two Reidy frees to leave just three points between the teams at the break.

It took just 13-seconds to reopen the account in the second half with a Hegarty point and Casey followed within two minutes.

But Galway maintained their lead with Evan Niland notching his 10th pointed free on the 10th minute mark in the new half - Limerick 1-12 Galway 0-18.

A long range Diarmaid Byrnes frees reduced the Galway lead to just two points at the second half water break after 19-minutes.

Galway then bossed the restart and by the time sub Joe Canning landed a long range free they were 0-23 to 1-15 ahead with 10-minutes to play.

Limerick had a pointed free from Aaron Gillane but never found a run of scores.