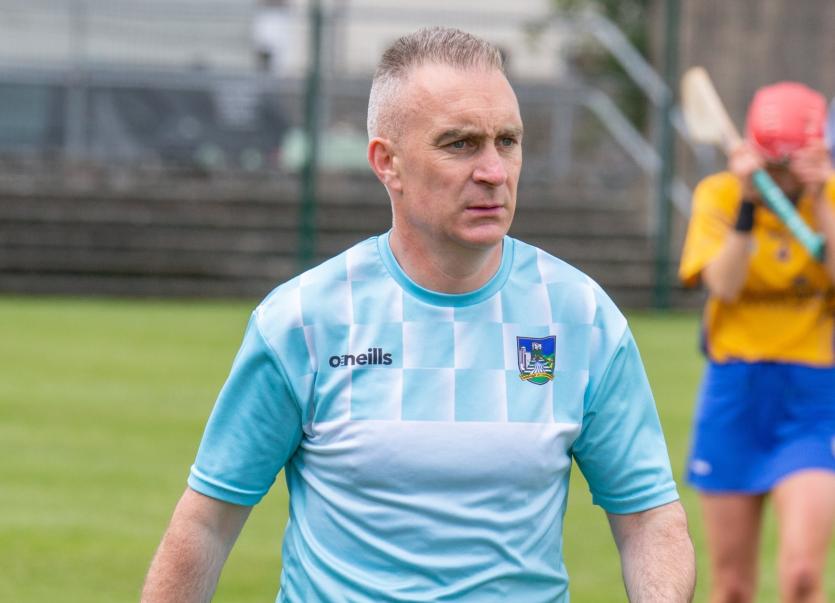 Ryan has taken charge of both the Limerick senior and junior camogie teams this season with 70 players between both panels.

"We are delighted to get a win in our first match in charge - it’s great for everyone, a dream start really," said Ryan after the 2-16 to 2-10 win in Kilmallock on Saturday.

"It was a tough battle out there but we are delighted with the spirit really. We made a few mistakes but they played great hurling to the wings and that it what we asked them to do so we are very happy with that," he explained.

"We are trying to play the lines and spread it wide. To me, nine or 10 around a ruck isn’t hurling and isn’t the game that I grew up with - I want to see the beautiful game and they are doing what we are saying and hopefully the seniors will do the same next weekend."

The scoring was led by Killeedy duo Aine Cunningham and Valerie Shanahan.

"They have a great attitude and you would know that they are county champions. It’s great to have them on board and today we had 14 clubs on board and that’s what Limerick is about," said Ryan.

Limerick conceded an early goal but hit the front in the eighth minute and were never behind again.

"It was a great goal to be fair to the Clare girl - our defence couldn’t do anything about it. Sometimes and even myself in the past, you can get too excited at the start of a game but we were cool because this was the first game out so we knew mistakes would be made. They recovered well to be fair," recalled Ryan.

Limerick hit 2-14 from play in the six point win.

"That’s great - delighted with that. That’s what hurling is really. You don’t come to a match to watch frees."

Only back training in the last month, Ryan had to conduct all his early work online with his new players.

"The tricky part was that we have 70 players and even today we had an extended panel out in the stand and they are every much a part of this as anyone. It was so hard to go to them at training the other night and tell them they were not along the sideline. Everyone is vital - everyone is equal," he stressed.

"I took on both teams because I wanted to treat both teams equally. This is Limerick’s Development Squad really - most of them are only 19."

Ryan is manager of both teams will be travel with the seniors and other members of his backroom team will be with the juniors.

"I asked Croke Park could they change it but they said it was invalid to have the same manager, which is unfortunate. Shane Fitzgerald and my brother Mike and a few more will go down there to Carlow and we will have a good set-up there," explained Ryan.

"I was willing to travel to Carlow and back to Clare for an evening match and Clare had agreed," he revealed.