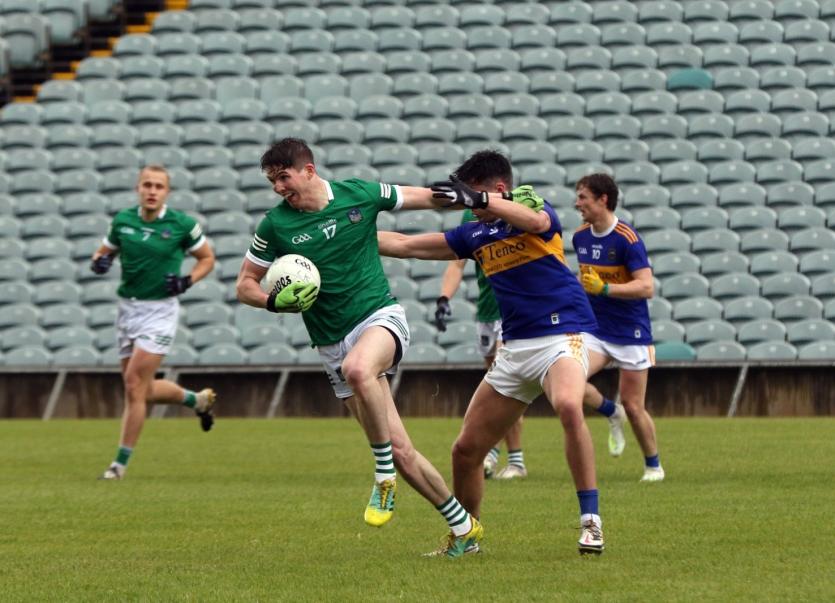 LIMERICK senior football manager Billy Lee will ensure no one in his camp loses the run of themselves after Saturday's win over Munster champions Tipperary in round one of the Allianz Football League.

It was Limerick's first game back in Division Three since 2016 and they followed up last Autumn's promotion with this merited round one victory in the LIT Gaelic Grounds.

"We have two points on the board and Tipp have none but we have two tough away games to come," he said of visits to Offaly and Wicklow across the next two weekends.

"One swallow doesn’t make a summer so we have to keep our feet very much on the ground. We have put a lot of focus on trying to win our home games and that was the big joy for us tonight," said the Newcastle West man.

This was Lee's first game into his fifth season at the helm of Limerick but his first outside of the basement division in the league.

"It's never about me or any one individual player or any one individual board member - it’s about us trying to build a foundation for Limerick football. I will step away at some point and then the next person comes in - its about continuity. It was a tough couple of years for a lot of lads and we had to try and push a lot of **** up a hill to get where we are and we are still nowhere. It’s hard work," he explained.

We have worked hard since 2018 in trying to make this a tight squad and build year on year and today was the first signs of what we would call real squad. Let's be reflective and it’s at our level, which is coming into Division Three. There were a couple of more lads not even on the squad today that played championship here last November and two of them come to mind. This is what we have been working for and this is what we want for Limerick football. We can worry about what heights we can scale to when we get a competitive squad - so when some fella drops off at the later end of his career that we have someone ready made to come in and that’s what it is about. Wherever it takes us I am not worried about it."

But nonetheless Lee knew the importance of starting the season on a high after the progress of 2020.

Limerick were 0-4 to 0-1 down at the first water break but looked a changed teams from there to the end but Lee wasn't giving away any secrets of his team talk.

"The first 20-minutes weren’t good in any way and it was a welcome to Division Three football for Limerick," he said.

By half time it was 0-6 to 0-4 to Tipperary but a number of astute positional and personnel changes worked for Limerick in the second half - none more so that a return of 1-3 from Danny Neville from play.

"We brought him out because I felt it was very difficult to get ball in that first half so I felt that with his pace that it would change the dynamic or at least give us a chance of changing the dynamic a bit and thankfully we got the scores to change it. On another day you could do that and not get the scores but I am under no illusion it was the right call," recalled Lee.

The league tie was of course a repeat of last year's Munster SFC semi final, which Tipperary won in extra time to reach the decider in which they defeated Cork.

"I felt last year and I said it at the time that it was what it was - people assume because Tipperary won the Munster Championship that we would have won it. It would have been another win but then maybe Tipp would have come here today with an extra bite in their step whereas maybe we had that - it’s swing and roundabouts."

He continued: "What you can take away from it is that they are two evenly balanced teams."

"Don’t forget they didn’t have their whole half back line today and didn’t start Alan Campbell or Jack Kennedy. But we were playing against a serious football team - they have been in two All-Ireland senior football semi finals in the last few years and that is sometimes missed in the general national media. Credit to them they have worked really hard and congratulate them - two All-Ireland SFC semi finals, they were in two minor finals and they have two Munster U21s and an All-Ireland U21. Credit to them."