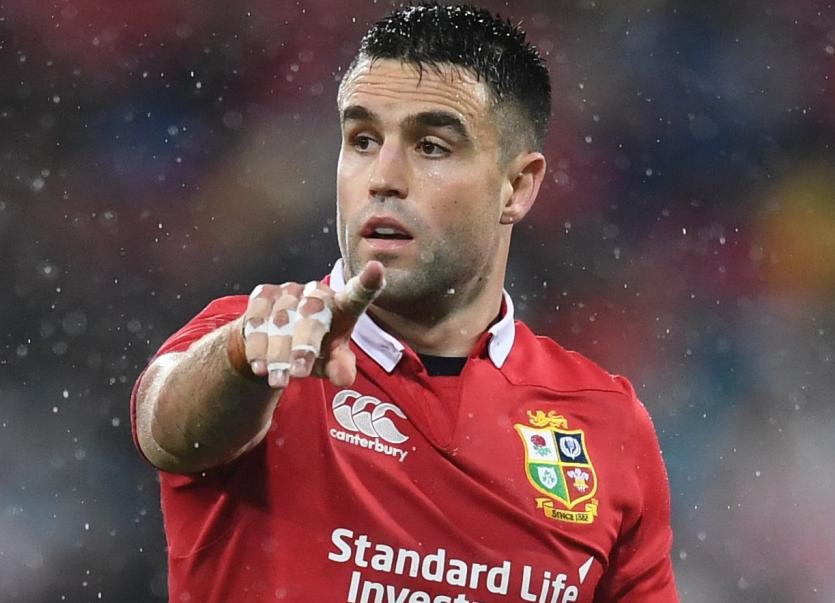 TWO Munster players have been included on the British and Irish Lions squad to tour South Africa this summer.

Thirty two-year-old Limerick scrum-half Murray has been selected to tour with the Lions for a third time.

Murray has won 89 caps for Ireland and made 148 appearances to date for Munster.

Murray was first honoured with selection in the British and Irish Lions squad on their victorious 2013 tour to Australia. The Limerick man featured in seven of the touring games including two Test matches against the Wallabies.

Four years ago Murray was selected for his second British and Irish Lions tour, starting all three Tests as the tourists drew the Series against the All Blacks.

In scoring a try in the second Test, Murray became the first international player in history to score four tries against the All Blacks - three for Ireland and one for the Lions.

Twenty nine-year-old Tadhg Beirne has been selected on his first British and Irish Lions tour.

The versatile Beirne made his Guinness Pro14 debut for Munster away to Glasgow in September 2018.

He has gone on to make 22 caps for Ireland to date as well as playing 36 times for Munster.

A total of eight Ireland players have been selected in Warren Gatland's 37-strong squad, with Bundee Aki and Robbie Henshaw joining Murray among the backs selected. Five forwards are chosen with Beirne joined by the Leinster trio of Jack Conan, Tadhg Furlong and Andrew Porter and Ulster's Iain Henderson.

The British and Irish Lions squad will be captained by Alun Wyn Jones, of Wales. The 35-year-old is a veteran of three previous Lions tours

The Lions will face Japan in a warm-up game at BY Murrayfield on June 26.

Their opening fixture in South Africa will be against the Stormers at Cape Town on July.

The first of three tests against World champions South Africa will take place in FNB National Stadium,  Johannesburg on July 24.