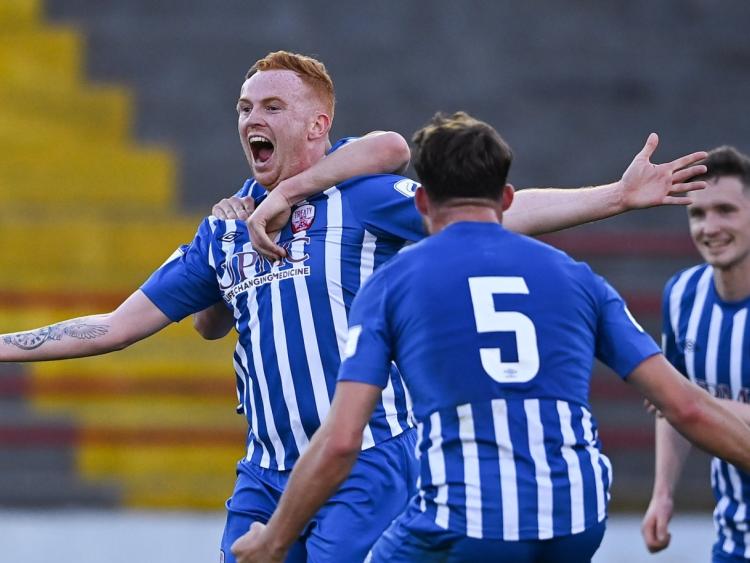 Treaty had looked on course to collect their first away win of the campaign with striker Kieran Hanlon fired the visitors into a 1-0 half-time lead.

That advantage remained in tact until substitute Ryan Brennan equalised for the Dubliners in the 89th minute.

Treaty might well have gone ahead again soon after as Sean McSweeney found Dean George with a clever ball, but he was denied.

The drama continued as Treaty had Anthony O'Donnell sent off for two yellow cards as the clocked ticked in added time, before substitute Yoyo Mahdy, who previously played for Limerick FC, struck for what looked like being the winning goal in the 95th minute.

It was the first time Treaty had fallen behind in a league fixture this season.

Defeat would have been a bitter pill for Tommy Barrett's side to swallow. However, the visitors showed admirable resolve and Clyde O'Connell rescued a point for the Limerick-based side when popping up with a dramatic 97th minute equaliser.

The result sees Treaty remain unbeaten in the league after six fixtures. The Markets Field side sit in fourth place in the table, just three points off pacesetters Athlone Town.

O'Donnell's sending off means Treaty have had a player dismissed in four of their opening half dozen league fixtures this season.

Treaty suffered another blow in the game with hugely influential midfielder Mark Walsh suffering a jaw injury in the game which is set to see him facing a spell on the sidelines.

Friday night's fixture was the first of three games Treaty will play against the sides which occupied the top three places in the table prior to kick-off.

Treaty face a trip to Belfield to take on free-scoring UCD next Friday, while Athlone Town visit the Markets Field on

Treaty were desperately unlucky not to take the lead after just 10 minutes. However, Matt Keane's 20-yard effort smacked against the upright.

Visitors Treaty deservedly hit the front in the 37th minute. From Marc Ludden's free-kick mid-way inside the Dubliners half, the ball was knocked down and the alert Kieran Hanlon flashed the ball to the net.

It was no more than the Limerick-based side deserved.

There was little by way of clear-cut chances created in the third quarter. Treaty were thankful to in-form 'keeper Tadhg Ryan as he produced a top class save to deny Michael O’Connor with a header,  while the Cappamore netminder blocked Farrell’s follow up which Shels' claiming the ball was over the line. However, the match referee deemed it wasn't.

Shels threatened to draw level inside the final 10 minutes. However, Ryan Brennan shot from John Ross Wilson's cross was blocked by a Treaty Utd player close to the goal line.

Brian McManus then headed over the crossbar from close range before Brennan did fire Shels' level in the 90th minute.

That was before Mahdy and O'Connell traded those stoppage time goals in the most dramatic of conclusions. Phew!