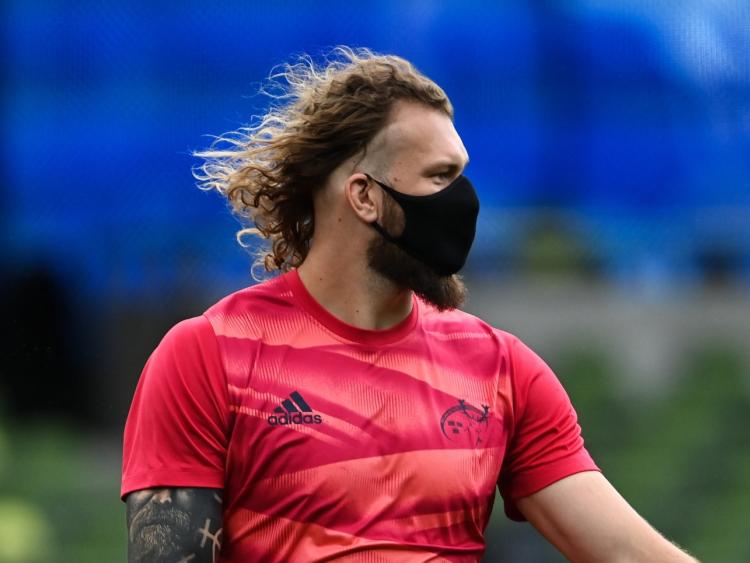 THE Munster squad returned to training at their High Performance Centre at UL this Tuesday ahead of Friday week’s Guinness PRO14 Rainbow Cup clash against Ulster at Thomond Park, 8.15pm.

In their weekly squad update, Munster report that their South African second-row RG Snyman is continuing with the final stages of his rehab from a long-term knee injury.

Snyman has been working his way back to fitness after suffering an ACL injury.

Johann van Graan said: "We'll just take him (RG Snyman) week by week. He hasn't done any team training yet. He's done a few small puzzles, if I can call it that, like making a tackle. He hasn't even jumped in a team lineout.

"Look, we're really looking forward to getting him playing. We haven't had him now for what, eight months? So as soon as he is ready and fit enough to play we will put him on the pitch, but I wouldn't want to speculate on him at this stage for the Ulster or Connacht games. We've got two weeks and we'll make a decision then."