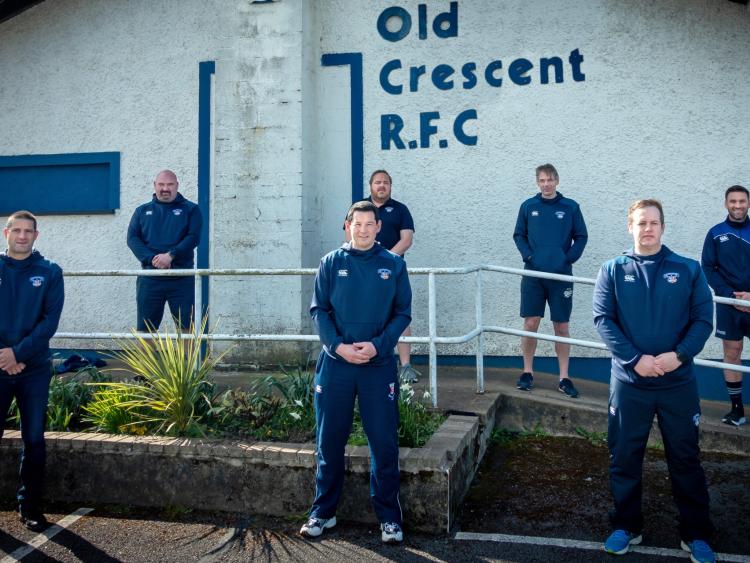 OLD Crescent RFC has announced it’s new Under 20 Coaching Team for the 2021-22 season.

As the COVID vaccine programme is rolled out, the club is hopeful that there will be some limited return to training before this season is out.

More importantly, we are confident that come September we will have a relatively normal season ahead of us.

Under 20 rugby is an important pathway into senior rugby. Some of the Rosbrien club's Under 20 squad are already making a big impression at senior level, for example, Rob Magill and Michael O’Hanrahan.

Old Crescent RFC is determined that their Under 20 players will not only have an enjoyable time but will also have access to the resources to be the best and most successful team in their age group.

The club's first step is to strengthen their Under 20 coaching setup with the addition of two experienced members:

Joe Nix takes on the role of Head Coach. Joe is an Old Crescent clubman through and through. Having played all his rugby for Old Crescent before taking his hand to coaching with the Club. He has coached all four senior teams with success at each level, winning a McInerney Cup and a Webb Cup at 3rds level before moving to coach the U21’s.

He enjoyed a lot of success with this group by winning Division 2 in 2009/10 and reaching an All Ireland Quarter Final in 2011/12, a first for Old Crescent. Promoted to 1st XV coach in 2014/15, he led the Club to promotion from 2C to 2B and reached a 2B play off the following season. The Club are delighted to have Joe back involved with the Under 20’s.

Bernard King takes on two roles, Team Manager and Assistant Backs Coach. Bernard is a post-primary teacher with Castletroy College where he managed the schools senior cup team from 2018 to 2020.

Previously he coached first to third year in schools junior cup rugby. Bernard is a past pupil of Crescent College and played with Old Crescent RFC from under age up to Under 20s.

Matt Brown, Head Coach with the senior team, will be closely involved with the Under 20’s to ensure there is continuity of approach through all Old Crescent adult teams.

Old Crescent RFC will provide further updates on Under 20 planning and preparation in the coming weeks. In the meantime, players can contact Ronan Hanrahan 086 8152409 or Eugene McGovern 086 3960624 with any queries.