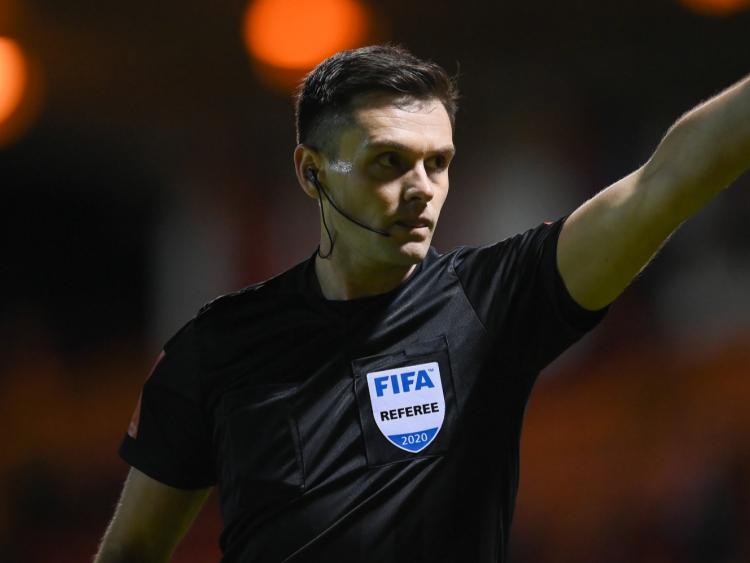 Limerick soccer referee Rob Hennessy will lead a team of four Irish officials when they take charge of the Group E Qualifier between Belarus and Estonia, in Minsk. The trio will be joined by Fourth Official Paul McLaughlin.

The group will become the first Irishmen to officiate a FIFA World Cup Qualifier since Neil Doyle and his team took charge of Belgium’s 9-0 win against Gibraltar in August 2017.

"I’m very proud to have been selected to officiate in this game alongside Allen, Emmet and Paul”, Hennessy told FAI.ie. “We’ve worked together a lot and have a great relationship, the guys are always there for support. Its every referees dream to be involved in matches at this level and were all looking forward to it”

“It's a special privilege to represent our country in a World Cup Qualification match. Appointments like these are the result of the work being done throughout the season and the high level of dedication that each of us have for refereeing”