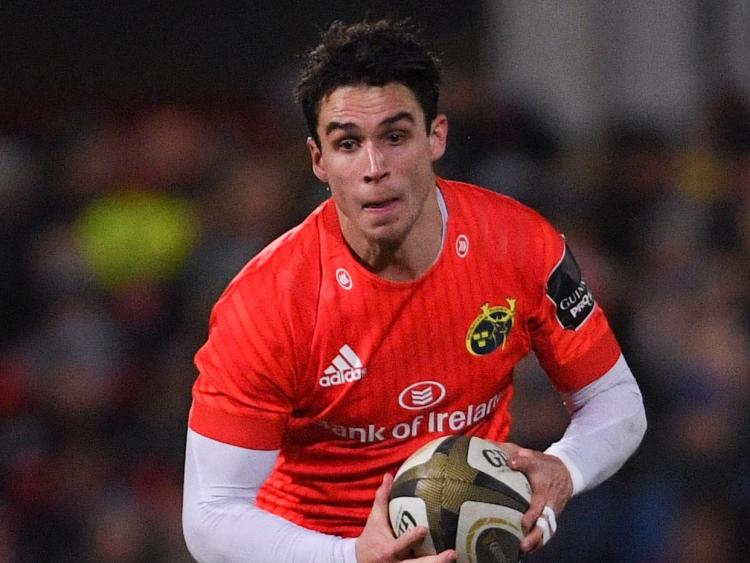 MUNSTER head coach Johann van Graan says rehabbing out-half Joey Carbery is in a 'good place' mentally and physically as he steps up his training load.

Twenty five-year-old Ireland international Carbery has not featured for Munster for more than 13 months due to an ankle injury.

However, Munster reported positive news in relation to play-maker Carbery this week, revealing that he is increasing his training load further as he continues his return from long-term injury.

Van Graan said: “Look, obviously Joey is in the gym with the rest of the lads on his individual programme. He is working hard with the medical team one-on-one, so there is a lot of one-on-one time that goes into him.

“And then, physically in the session, he is in certain sessions in the week actually training with the team whether that be attack or defence or backs or kicking game.

“We started to firstly get his base right and now (we are) increasing the time that he is on the pitch and increasing whether it's kicking or whether it's actually running metres, the speed at which he runs, the volume and then the physical contact.

“So, he has got all the elements of training that he is currently going through and look, everything that he has been doing has gone really well.

“Look, mentally and physically, he is in a very good place. Like I've said before, Joey is a very important player for Munster and obviously for the national team as well. That's why we got him here.

“And that's why we will make sure that we look after him very well to take all the pressure off him. Once he is 100pc ready to go, I'll select.

“Joey is an incredible human being. He is a very popular guy in the squad and even for the squad, it was a big lift to see him in certain parts of training.

“Joey is a pro. He is obviously very excited to play rugby, but he knows once he returns, he obviously has to get back into the Munster team.

“We've got big dreams and once he is in, he is going to fight for his spot. There has been some good performances from guys in his position.

“Then he is excited to actually go and play some rugby because that's ultimately what he is, he is a rugby player. He is really looking forward to playing some rugby when the time is right.”