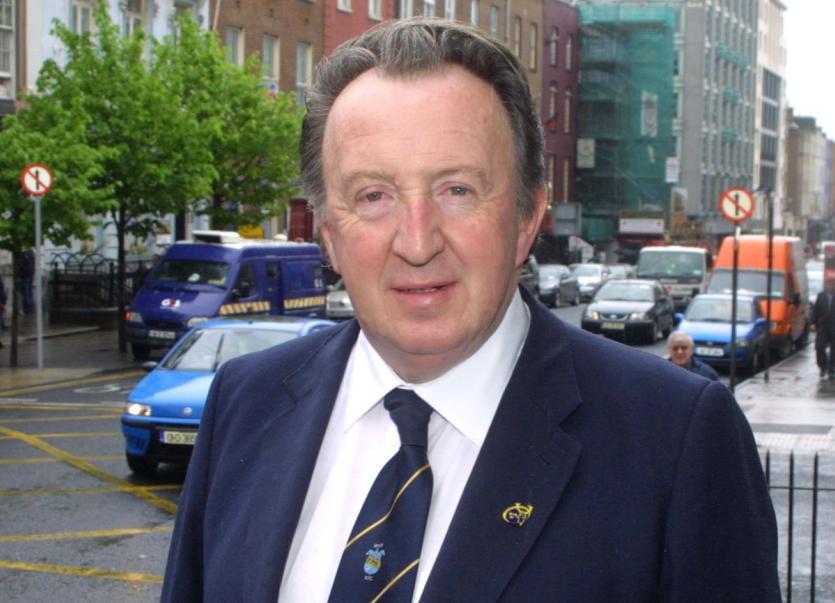 Bruff RFC have led the tributes to David O'Keeffe, former President of the club who passed away on February 1.

David, the beloved husband of the late Margaret (nee Curtin) and loving father to Gráinne and Rachel was son of the late David and Annie O’Keeffe.

Mr O'Keeffe was formerly of Aer Rianta Shannon, past president of Bruff RFC and member of Fine Gael Bruff Branch. David is sadly missed by his daughter Gráinne and her partner Toby, daughter Rachel and her partner Karl, mother-in-law Catherine, sisters-in-law, brothers-in-law, cousins, neighbours and friends.

In a moving tribute on the club's website, Bruff RFC led the tribute to their 'head chef' - May he rest in peace.

David served from the earliest days of the club, not least as “head chef” in the first club barbecue in the Grove in Bruff in 1972. He held many positions within the club up to and including President. He was involved in the layout of our first home pitch after the land was transferred from “The Colonel”, he designed the original clubhouse opened in 1977 and the dressing room and storage buildings later in the late 80’s and early 90’s and as PRO for Bruff RFC during a lot of the 80’s and 90’s as well as during the early 2000’s. He also served as Hon Sec for many years and along with his daughters Rachel and Gráinne, was instrumental in bringing female participation through Tag Rugby to Bruff RFC during the 2000’s. During the many huge Barbecues in Bruff over the years, David would be found in the kitchen taking care of an oven or manning a Barbecue roasting a pig or cooking burgers.

David served the club as president during the transition from Junior to Senior status in 2004 fittingly being the last Junior club President and the first Senior club President. A lifelong Fine Gael member and delegate, he was known through both rugby and political circles as a fiercely passionate debater, he loved discussion and discourse, and could talk and debate with anyone on almost any given subject. He travelled the country representing Bruff RFC at many pre-match lunches, as well as a constant presence at all of the home games throughout the Club’s senior years, his lively discussions bringing joy and fun to all. The Passing of his lovely wife Margaret was a loss felt keenly by all in Bruff RFC at the time, but rather than wallowing in her loss, David kept himself interested and involved in the club right up to the end.

He dealt with Illness gracefully and prior to his admission to hospital, was involved in committee meetings right up to last October.

To Rachel and Gráinne, we share in your loss and sorrow. his passing is sorely felt.