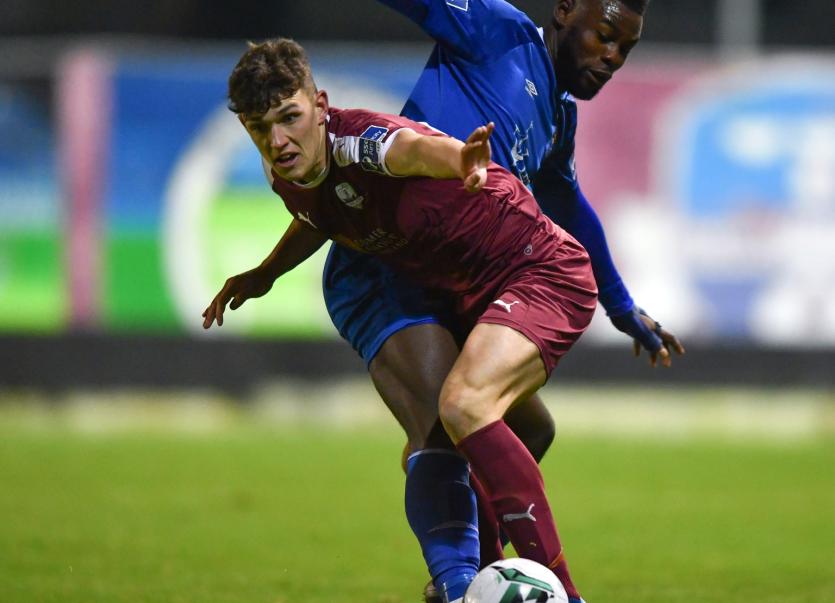 Dara Costello, of Galway Utd, in action against Regix Madika, of Waterford Utd, during the SSE Airtricity Under-19 League final in 2019

A LIMERICK teenager has joined the Academy of English Premier League side Burnley after impressing in a trial with the club.

Former Aisling Annacotty player Dara Costelloe has joined the Clarets’ Academy after signing a deal with the Turf Moor club.

Eighteen-year-old winger Costelloe, a student at Castletroy College, has been training with the Clarets since last summer.

And after impressing in the U18 and U23 set-ups – helping Steve Stone’s side beat Newcastle United 2-0 in Premier League 2 yesterday afternoon – the former Galway United wideman has agreed a deal until June, 2022.

Limerick-born Costelloe, who played Kennedy Cup with the LDSL, joined League of Ireland side Galway in 2017 and made his senior debut at the age of 15.