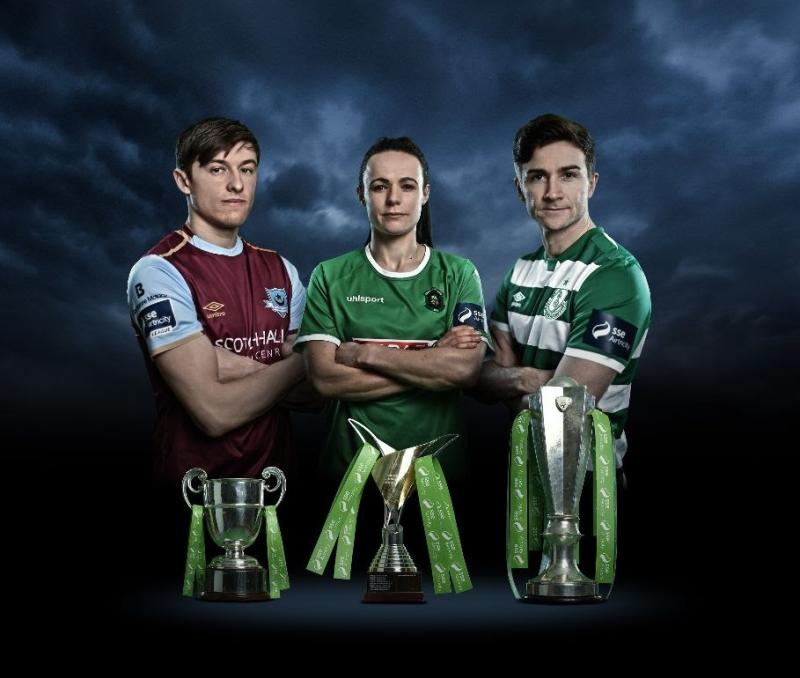 THE Football Association of Ireland (FAI) has today announced SSE Airtricity as the new title sponsor of the Women’s National League while it has also been confirmed that Ireland’s largest provider of 100% green energy will renew their sponsorship of the Men’s SSE Airtricity League for the next two years.

This is the first time that the Women’s National League has shared a sponsor with the League of Ireland in a deal which sees SSE Airtricity on board until the end of the 2022 season.

Today’s announcement recognises the importance of both the women's and men’s games; and demonstrates SSE Airtricity’s commitment to supporting clubs and communities across the country at a time when football, more than ever, serves as a focal point in so many lives.

Welcoming this support of the Women’s game and Irish football in general, FAI Chief Executive Officer Jonathan Hill said: “We are delighted that not only will SSE Airtricity continue as title sponsor for the League of Ireland for a 12th season but they have also extended their sponsorship deal to include the Women’s National League.

"The double sponsorship announcement today is testament to the future direction of our domestic game and a significant boost for our League football infrastructure.

“SSE Airtricity’s commitment to Women’s football will come as no surprise to those who know how quickly our Women’s game is growing and how much growth is still to come, not just at the highest level but at every age group in Ireland.

"SSE Airtricity's sponsorship to date set the standard and now they have raised the bar again with this agreement. We look forward to working with everyone at SSE Airtricity ahead of the new season in March and I thank them for their ongoing and significant support for Irish football.”

"SSE Airtricity’s commitment to the Women's National League is demonstrative of the growing interest in the women’s game in Ireland. Our commitment comes at a crucial time in its development.

"Football clubs sit at the heart of their communities and by working closely with the FAI we believe this partnership can be a key to increasing participation, development and the wider visibility of the women’s game in Ireland.”

As title sponsor, SSE Airtricity is looking forward to supporting teams and clubs across the leagues, both on and off the pitch.

“Through our Generation Green campaign, we look to raise awareness of the importance in making sustainable choices when it comes to energy.

"The SSE Airtricity League and the SSE Airtricity Women’s National League represent a vibrant community with connections across the length and breadth of Ireland, and we look forward to working with this community, inspiring even more people to join Generation Green and play their part in creating a better, greener world.

"Full details on our energy partner programme will be announced ahead of the League launch in March,” said Klair Neenan.