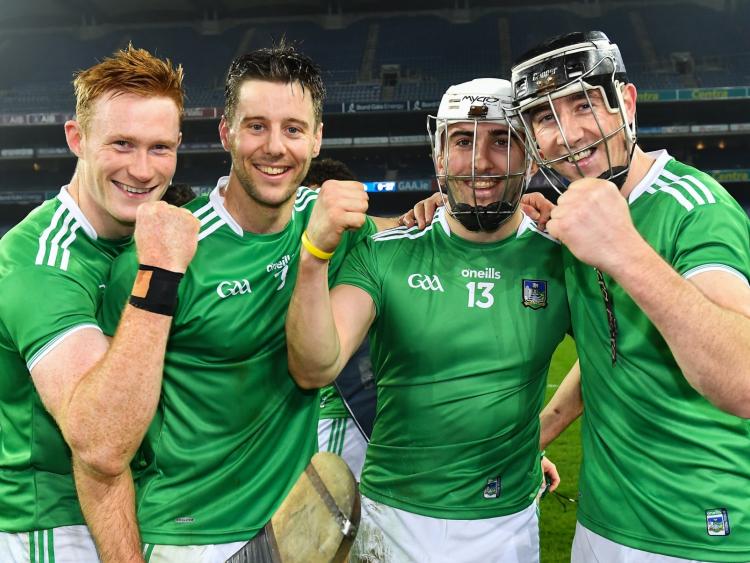 All bar one of the starting team from the All-Ireland SHC final victory over Waterford are included among the short-list of 45 players.

Midfielder Darragh O'Donovan is the Limerick player to miss out with the panel of experts placing Cian Lynch in the midfield nominations despite the 2018 Hurler of the Year starting three of the five championship games, including the final and semi final, at centre forward.

The nominations were chosen by a panel of national GAA correspondents from across, print, radio, TV and digital media and chaired by GAA President John Horan.

Lynch is joined is joined among the six midfield nominees by Limerick colleague William O'Donoghue, Tony Kelly (Clare) and Jamie Barron (Waterford), among others.

Many experts had chosen All-Star selections with Lynch and Kelly in attack and indeed one of the Alll-Star judging panel has confirmed that a player nominated for one position can actually be selected in another.

Elsewhere, Nickie Quaid is nominated for the third time in goals. The long serving no1 will hope to hold off the claims of Stephen O'Keeffe to follow in the footsteps of his father Tommy, a 1992 All-Star goalkeeper.

In defence, the entire Limerick rearguard is nominated. It's a fourth nomination for captain Declan Hannon and a first for Barry Nash.

Hannon, Sean Finn and Dan Morrissey have all won All-Stars. Indeed Finn is seeking a third successive award at corner back.

Both Diarmaid Byrnes and Kyle Hayes have two previous nominations but are yet to make a final selection.

In attack Limerick has five nominations - Aaron Gillane (2019) and Graeme Mulcahy (2018) are previous winners but Gearoid Hegarty, Tom Morrissey and Seamus Flanagan are all hoping to go one step further than their 2018 nominations.

Gearoid Hegarty is sole Limerick representative in the short-list for Hurler of the Year.

He faces opposition from Tony Kelly (Clare) and Stephen Bennett (Waterford) for an award that is voted on by the fellow inter-county players.

Young Hurler of the Year nominees

Hurler of the Year nominees

GAA President John Horan led the congratulations to the nominees.

“Sport was one of the few unforgettable elements to an otherwise forgettable 2020 and yet again the hurling campaign was a highlight. The PwC All-Stars provide an opportunity to salute the stand-out performers who lit up the campaign and gave so much excitement and I congratulate all of those who have been nominated and it is a big day for them and their clubs,” said Horan.

Paul Flynn, Chief Executive of the GPA said: “To all 45 players who have been nominated for PwC All-Star Awards, my heartiest congratulations. The 2020 season was one like no other and their efforts on the pitch meant so much to so many.  Congratulations also to the nominees for both the PwC Hurler of the Year and the PwC Young Hurler of the Year.”

“From everyone at PwC we would like to give our most heartfelt congratulations to each of the 45 hurlers who have been named as nominees for the PwC All Stars. There’s no doubting how tough 2020 was for many people and hurling was something that uplifted the whole country when it was really needed, with brilliant entertainment, outstanding individual displays and enthralling games. Each and every one of these nominees deserves our thanks for the part they played in this championship and we wish them all every success in the new season ahead," said O'Rourke.