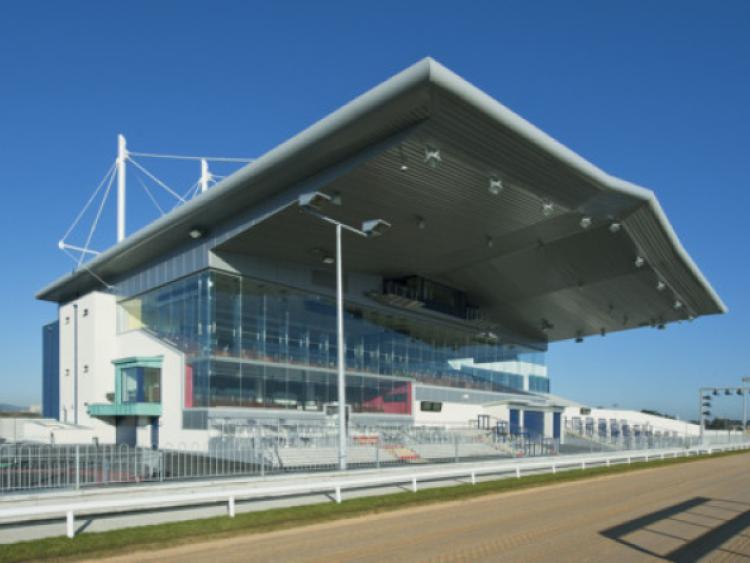 LIMERICK Greyhound Stadium defied the frost this week with two nights of racing going ahead thanks to the work of the ground staff to ensure all was in order.

The Johnny Waters A5 525 Memorial and the Epic Hero Leger Winner A3 525 both commenced last Saturday at the Dock Road venue.

The night opened with an A1 525. Won in 29.23 by Mohane Vicky for Cormac Davern. The winner had two and a quarter lengths to spare on the line. Second was Tiermana Caramel for Noel Moroney.

There was a distance win for John O’Meara. His Ballygibbon Lad won the A2 600 in 32.96. The winner had half a length to spare on the line. Second was Ballyregan Raven for the Kennedy Family.

There were four round one heats in the Johnny Waters Memorial A5 525. Fastest through the opening round was Dannos Rambler for David Nolan. The winner’s time was 29.06. Beaten six and a half lengths into second place was Garryglas Peppa for PJ Ryan.

The first heat was won by TallyHo Angle in 29.50 for the Walls of Tally Ho syndicate. The winner had a length and three quarters to spare on the line. Second was Racenight Heidi for Kevin O’Shea.

Excess Golf was a heat winner in 29.36. John Kirwan’s runner had two and a quarter lengths to spare on the line. Second was Only A Pound for James McLaughlin.

The final of the heat winners was Kantoher Jack for Patrick Leahy and Mort Kennedy. The winner’s time was 29.29. Five and three quarter lengths back in second was Ocean Hugo for Tom Fitzgerald.

There were six round one heats in the Epic Hero Leger winner 2020 A3 525. Fastest across the opening rounds was Bright Roddick for Mary Lynch. The heat four winner had a time of 28.83.

There was a 12 race card last Thursday in Limerick.

The night opened with an A3 535. Paraic Campion had a winner in the first with Brooklyn Girl. The Stephen and Chris O’Grady owned winner just got the success on the line with a time of 29.55. Second was Hidden Icon for Eamonn Quinn and owner Michael O’Brien.

There was an A5 525 win for Luttrell for trainer John Murphy and the Luttrell syndicate. In 29.92 the winner was a length clear on the line. Second was Ballinulty Fairy for Michael O’Brien.

Shug Avery won for Myles Cummins in an A6 525. The winner’s time was 29.55. Second, two lengths back was Killaree Salah for James and Ben Ronan.

Leo Kelly won with Straight Talking in an A5 525. The winner had three and a half lengths to spare on the line with a run of 29.33. Second was Adamswood Mac for Larry Mulcaire.

Denis O’Malley and the Rallying Racing syndicate won with Rallying Storm in an A3 535. The winner’s time was 29.04. A length and a quarter back in second was Tally Ho Classic for the Walls of Tally Ho syndicate.

There was an A2 525 success for the Lorna and Maureen syndicate with Bookies Bicycle. The winner was a length and a quarter clear on the line in 29.53. Second was Burning Candle for Paraic Campion and the Amber Banner syndicate.

Patrick and Aoife Coffey won with Carrigmore Vixen in an A5 525. The success just came on the line after a run of 29.64. Just beaten into second was Snuggie Bolt for Myles Cummins.

Edmund Fitzgerald had Lukes Fizz as an A2 525 winner. In 28.85 the winner finished three and three quarter lengths clear of the field. Second was Aarons Sensation for the Shanakyle syndicate.

Denis O’Malley and the Finnure Storm syndicate won with Finnure Storm in an A1 525. The winning time was 28.94. Beaten a length into second was O Garney Rio for Helen Coffey.

Sean Roche and Pat Keyes had Ballymartin Mac as an A3 525 winner. The three and three quarter length victory came with a run of 29.12. Second was Sheedy Sky for John Ryan.

The second last race of the night was an A5 525. Won in 29.38 by Tyrap Ken for David Carroll. A lengh and three quarters back in second was Lillies Joy – trained by Stephen Murray for Michael Corry and Michael Daly.

An A3 525 was the final race of the night. The Walls of Tally Ho syndicate won with Tally Ho Tyson. The winning time was 29.38. Just beaten into second was Annagore Jet for Stephen Murray and the O Garney Boys syndicate.