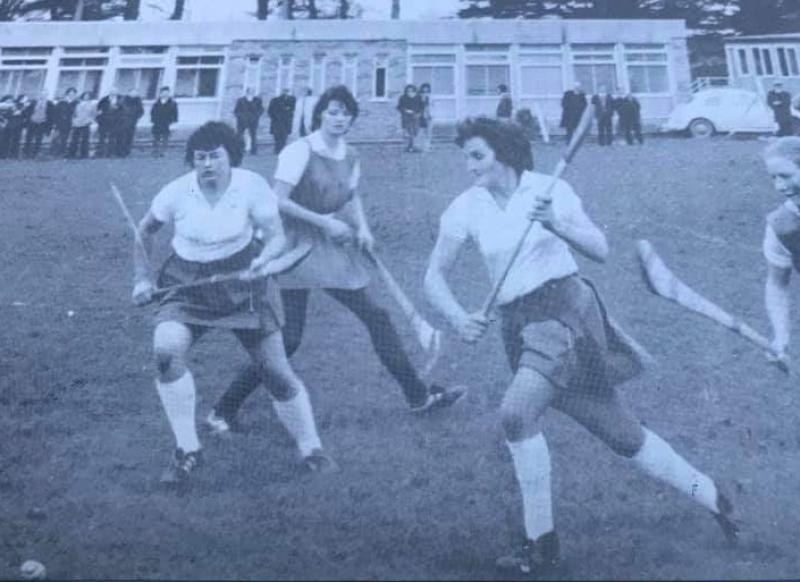 Carrie Clancy (nee Gillane) was a native of Patrickswell, but mostly played her club camogie with Ahane.

She played inter-county adult camogie with Limerick for a remarkable 22 years and afterwards served as an inter-county manager and held administrative roles.

In 1977 in Croke Park Carrie captained a first Limerick team to All-Ireland honours - a junior championship final win over Wexford. That was her 21st season with the team and she scored four points in the 2-7 to 3-1 final victory.

Clancy and Limerick had won Munster junior honours prior to this.

In 1980 Clancy was manager when Limerick contested their first and only All-Ireland senior camogie championship final - losing to Cork after a replay.

With her native Patrickswell, Clancy won a county senior championship medal in 1956 - defeating Effin in the final. The Well and Clancy had lost the final to Croagh a year previous. A shortage of numbers saw Patrickswell disband shortly after and Clancy lined out with Ahane.

With Ahane, Carrie Clancy won nine Limerick county championship medals - including eight-in-a-row from 1966 to 1973. In this era Ahane contested two All-Ireland club finals - losing to Kilkenny's St Pauls in 1968 and '69.

"Anyone you ask who knew Carrie or played with Carrie will tell you of how skilled in the game of camogie she was, she played a huge part in the club during her playing days," said Ahane camogie club in tribute.

Predeceased by her husband David and deeply missed by her daughters Marie and Céren, her nephew Val, grandchildren, brother Sean, sisters-in-law, brothers-in-law, nephews, nieces, relatives, neighbours and a large circle of friends.

Her funeral Mass was celebrated in St Senans Church in Clonlara this Monday followed by burial afterwards in St Fintans Cemetery Doon.