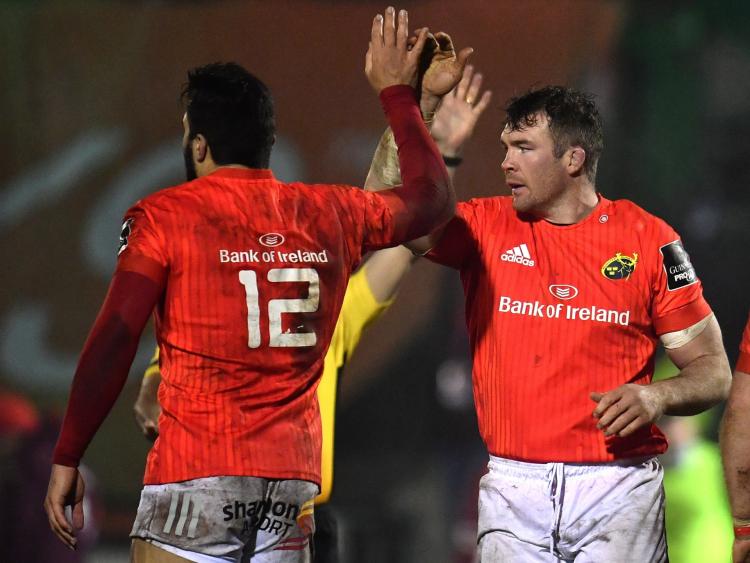 MUNSTER captain Peter O'Mahony admitted his side was 'probably lucky' to come away from the Sportsground with their crucial Guinness PRO14 victory over Connacht on Saturday night.

Munster were forced to defend their tryline tenaciously for the final minutes of the game before securing a nail-biting 16-10 success in the interprovincial derby.

The win took Munster 11 points clear at the top of Conference B of the Guinness PRO14.

Afterwards O'Mahony said: “I thought it was an incredibly physical and competitive derby match away from home.

“They (Connacht) are incredibly proud and an incredibly impressive rugby team, particularly at home. I know from playing here so many times that it is rare enough that you come away out of here with four points.

“Look, you saw it at the end, these games are never finished until the 80-odd minutes are actually up. We were probably lucky in the end to be honest with you.

“We conceded too many penalties, Connacht played some very, very good rugby.

"They put us under a huge amount of pressure, probably forced us to concede a lot of those penalties at times, but ill-discipline was top of the list for the reasons that we put ourselves under so much pressure and as I said them playing some excellent rugby, so in the scheme of things we are probably lucky to come out of there with the win at the end."

The win leaves Munster odds-on favourites now to advance to the Guinness PRO14 final in March.

“Tonight was hugely important for us obviously. We are both in the one Conference and we were under no illusions that that was a really important win for us going forward in the PRO14," O'Mahony told eirSport.

"We didn't get a result up in Belfast, I don't think we played well enough, I think we were luckier tonight, but I suppose that is the sign of a good team at times, when you are not playing your very best in these kind of conditions and come away from home and get a win, that has to be a good sign.”