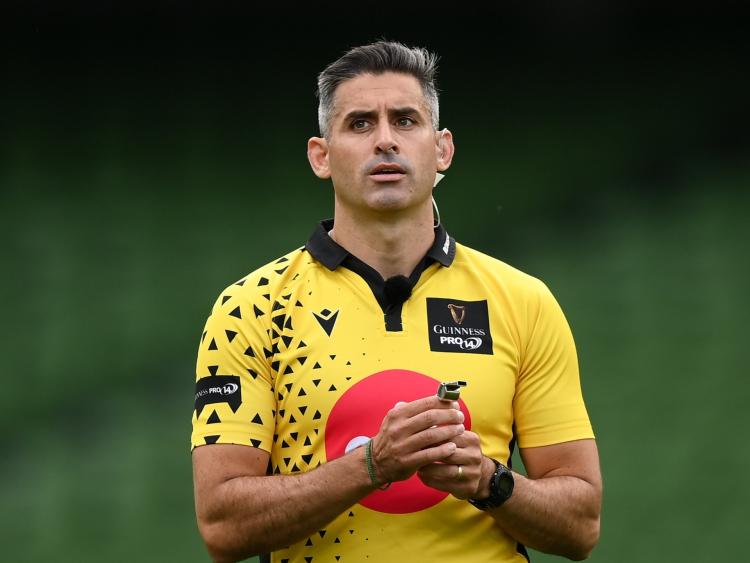 Murphy has been appointed to take charge of the crucial interprovincial fixture at the Sportsground on Saturday, 7.35pm (Live TG4, eirsport)

The game features the top two sides in Conference B of the PRO14 with leaders Munster enjoying an eight-point advantage over Andy Friend's second-placed side.

Saturday's game will be Frank Murphy's 40th fixture to referee in the PRO14. He had been due to take charge of the meeting of Munster and Leinster at Thomond Park on St Stephen's Day before it was postponed.

Murphy began playing Rugby at Crosshaven RFC, later attending CBC, Cork where he won a Munster Schools Cup. He would go on to represent UCC and Cork Constitution before turning professional and playing for Munster, Leicester Tigers and Connacht.

Murphy won a Premiership and EDF Cup title with Leicester Tigers and played eight times for Ireland A, as well as representing Ireland vs The Barbarians in 2008.

The 36-year-old took charge of his first All-Ireland League fixture in 2015, the Cork derby meeting of Sunday's Well and Highfield.

Murphy made his PRO14 refereeing debut in 2016 when officiating at the clash of Dragons and Edinburgh.

He has since gone on to referee at both European Challenge Cup and Champions Cup level as well as men's international fixtures. Murphy was a World Rugby U20 Championships referee in 2017 and was an assistant referee during the 2020 Six Nations.