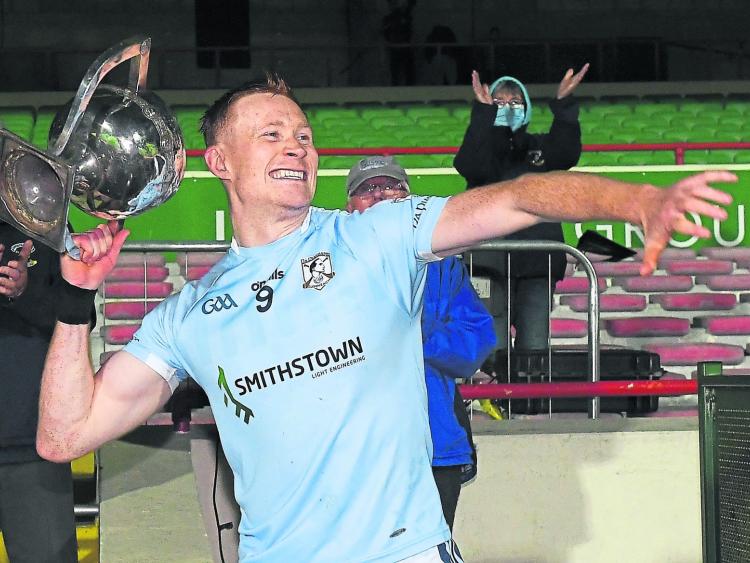 LIMERICK GAA completed six of their nine adult championships before all club activity was suspended due to Covid-19 in the first week of October.

That was the second lockdown of the year but yet Limerick played over 450 games between August and October.

There are 100-odd games required to complete the entire 2020 club season and some may be played in the New Year.

On the field of play, there were three adult hurling champions crowned and three in football.
Na Piarsaigh reaffirmed their dominance of the Limerick SHC. The Caherdavin side lifted a sixth Limerick SHC title in nine years with a final win over Doon.

Their final score of 5-27 is the biggest score ever recorded in a Limerick senior hurling championship final – surpassing the 9-12 scored by Castleconnell in 1909.

And, their 27-point winning margin is only second to Young Irelands 10-6 to 2-2 win over Bruff in the 1892 championship.

Only Ahane (1930s and 1940s) and Patrickswell (1980s and 1990s) have had similar periods of dominance of the county senior hurling championship since its inception in 1887.

“Definitely one of the sweetest ones ever because of the amount of effort we had put in - even during lockdown. The nature of the whole performance, not individuals but the team was incredible.

“It was exactly what we had worked on for months - almost like the All-Ireland final in 2016 when everything came together," said Kennedy of the final win over Doon.

Kildimo-Pallaskenry are back into the senior hurling ranks in Limerick for the first time since the 1940s.

The men in blue defeated Mungret with six points to spare in the Lyons of Limerick Premier IHC final to secure promotion.

"Once we joined as one in Kildimo-Pallaskenry everything has just progressed so much since then. It was mentioned three or four years ago that we wanted to be senior and we knew we had that ability to get up there. We are finally there and we want to kick-on. We are not just happy to survive.

“It's absolutely unbelievable. It's hard to put into words - we have been fighting for us for the last three years.

“To finally achieve it is just unbelievable," said Kyle Hayes, who scored three points in the final win.

Newcastle West recorded a nail-biting 1-24 to 1-22 success after extra time.

The sides had finished deadlocked 1-15 each at the end of normal time after Na Piarsaigh rallied from five points in arrears late on to force extra time.

Newcastle West, beaten in the final by Glenroe the previous year, just edged to the title win in extra time.

In the Limerick SFC, Adare secured their third county title in four years after recording an emphatic victory over Ballylanders at the LIT Gaelic Grounds.

Adare, who last held the title in 2018, laid the foundation for this 15-point success in the opening half after which they enjoyed a significant 2-3 to 0-1 advantage.

“It feels brilliant, brilliant. There is a bit of relief to be honest. It's obviously your aim at the outset of every year to win the county final, but to actually achieve it then is relief, but I'm delighted too.

“We were focusing on getting a good start like you would with any game, but I think our main aim was to put in a good performance in every quarter and not drop the standards.

“I think we managed to do that,” said Adare captain Shane Doherty.

Claughaun are back in the Limerick senior football ranks for the first time since 2010.

“It’s a great day and a great result – we can’t wait to get stuck into senior, where we think we belong.

“It’s third time lucky for myself and for this club it’s a great feeling and you can see that from the reaction of the players,” said Claughaun captain Sam Mullins.

Crecora-Manister outgunned Monagea 1-11 to 0-11 to capture the county junior A football title after an absorbing final in Kilmallock.

Captain Mike McCormack's early goal set them on their way and, despite falling behind for two minutes during the closing quarter, it proved to be the difference between the sides at the final whistle.