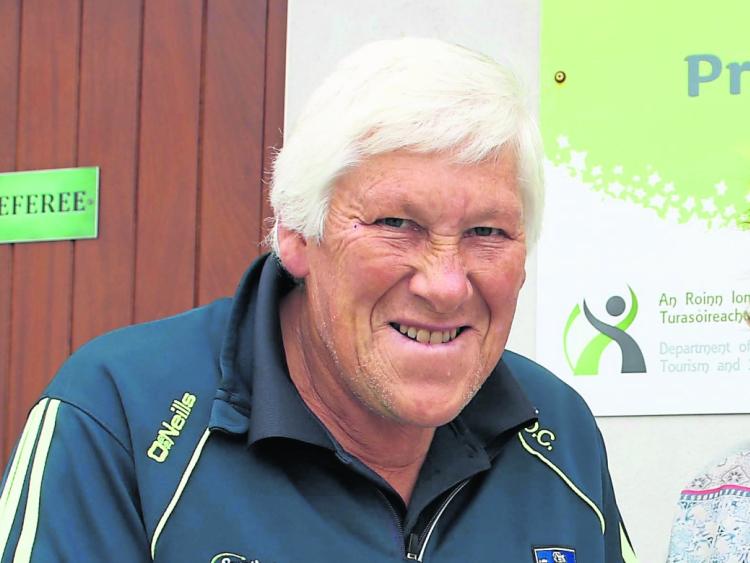 THE hugely popular Ollie Coffey has retired after 20 years as a full-time Limerick GAA coaching officer.

The Ballylanders man departs this December as a Limerick GAA Games Development Administrator.

"At the end of this month we will see the end of an era with Ollie Coffey retiring from his role in Coaching and Games. Ollie has worked tirelessly throughout the four corners of the county supporting our clubs and schools. He has also served as a coach and selector on various inter-county teams. We are very grateful for his contribution and I would like to express our thanks for his endeavours," said Limerick GAA secretary Mike O'Riordan in tribute.

"As this year draws to a close so does the end of an era. Ollie Coffey is hanging up his whistle and cones. Ollie joined Limerick GAA in 2000 and has given excellent service to Limerick GAA this last 20 years," said Hartigan.

"From coaching in the schools and clubs, Cul Camps and Academies Ollie always showed great enthusiasm and passion for his role. Ollie had a real passion towards coaching and showed this when he was working with players and coaches out on the field."

Hartigan continued: "He is a valued member of our coaching team and was always willing to lend a hand to the other members of the team as required and will be a loss to the group. We would like to wish Ollie all the best in his retirement and will no doubt see him on the sidelines in the future".