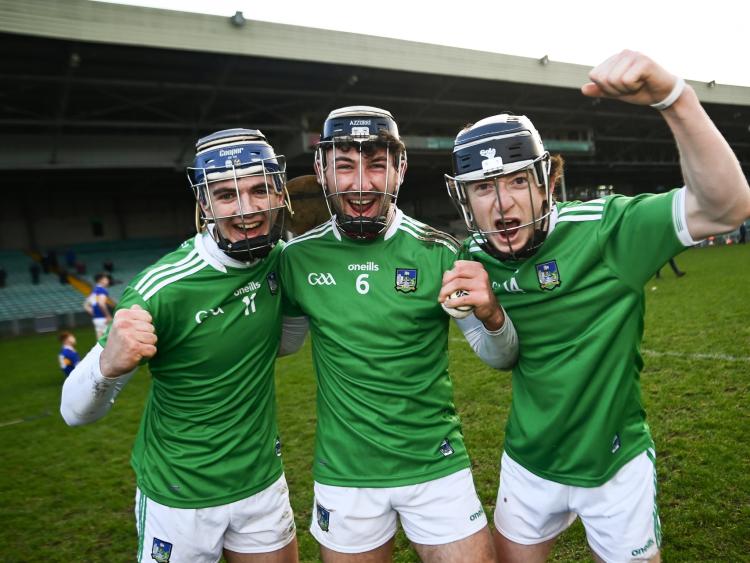 WHILE the Limerick Underage Hurling Academy gets much praise for providing a conveyor belt into the senior hurling panel, it works both ways according to back-to-back Munster minor hurling winning manager Diarmaid Mullins.

"There is a bounce because it is very easy to convince lads in a Limerick jersey that we should be winning tight games,” he explained after Limerick’s extra time win over Tipperary this Sunday.

"They have the confidence from watching the seniors over the last couple of years and also they have the confidence from watching the minors last year and they know that guys like Cathal O’Neill, Colin Coughlan and Aidan O’Connor have gone on to play U20 and they were at this stage last year,” outlined Mullins after Limerick’s ninth Munster MHC title and a fourth in eight years.

"There has been a lot said in the last couple of weeks about how strong Limerick is in terms of the academy but this bunch weren’t unbelievably successful all the way up along but it’s how you gather success and maybe all the way along we were building players and then minor and U20 is where it is important,” said Mullins.

"In this particular group there is great spirit and heart,” he praised.

"We are delighted. I am just so proud of our lads - even if we hadn’t pushed over the line in extra time I still would have been proud of the way they performed, which was fantastic,” said Mullins.

"What a game. Right being right there should not have been any loser there today - Tipperary were fantastic and our lads were fantastic. I think both teams might have been a bit tired from last week. If you had a crowd here to watch that game they would have got some value watching that game,” he gasped.

"I thought we could have been up a little bit more in the first half - we gave away some silly frees and tackling wasn’t as good as it should have been,” he recalled.

"Tipperary then went a couple of points up there near the end but when you need someone to show some composure we had Adam’s pass into Eoin Harmon for a great finish and then we were saying to ourselves that we might hold on here but Tipp fair play to them got a couple of great scores to draw the game.”

"The guys from last year were excellent and you can see that they played last year and were successful last year. We were getting to finals and maybe not winning as many as we should so it’s great to win back-to-back and there are players here who will play into the future on U20s and senior teams we hope.”

Limerick scored a total of 4-41 in the wins over Cork and Tipperary but the manager was quick to praise his defence.

"The other side of it is that we have played two games and not conceded a goal, which is great credit to our defence and Tomas in goals,” he said.

"Darragh Droog looks after our physical conditioning and any team that Darragh is involved with are going to be top class in terms of their fitness levels,” said Mullins.

"We have a great panel and and I know I said it last year and there is nothing can be done about it but we have 10 guys that aren’t here today to share this with us and on Wednesday night the guys who didn’t make the panel last year played so well to make sure that the guys were honest about today.”