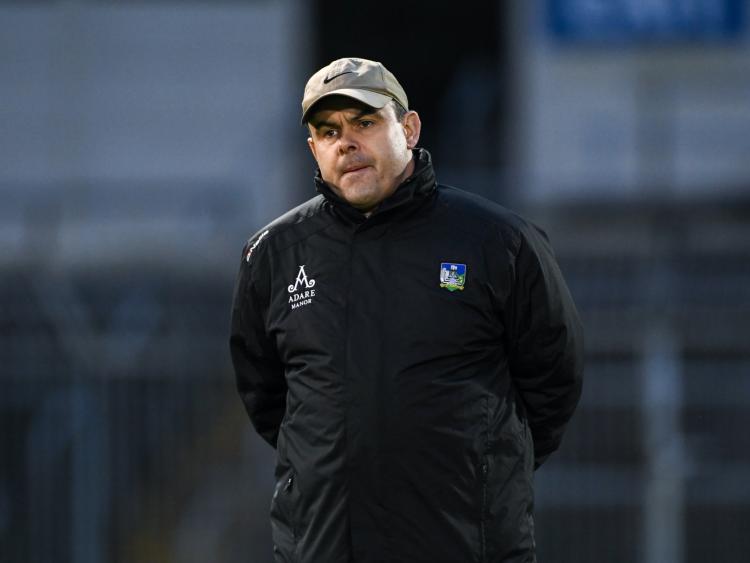 COUNTY Board secretary Mike O'Riordan has lauded the work of Limerick GAA clubs who "mobilised and in the true sense of community supported the most vulnerable in their respective areas" during the Covid-19 pandemic.

In his report to this week's Annual Convention the Limerick GAA secretary spoke of "2020 in what has been a truly remarkable year on both fronts" - the Covid-19 response and All-Ireland SHC honours.

"Last March when the Covid-19 pandemic hit these shores our clubs mobilised and in the true sense of community supported the most vulnerable in their respective areas. They delivered groceries, medicines, fuel and called to elderly people living alone just for a chat socially distanced or through a window," praised the Limerick GAA secretary.

"Our clubs were the front runner in these provisions and coupled with the Volunteer lead Community Response Centre at Aras Mumhan were the standard bearer and these initiatives were subsequently rolled out all over the country. Everybody involved in these initiatives can be extremely proud of their volunteerism during both lockdowns. Hats off to everyone involved," said O'Riordan.

"When it was announced that facilities for testing and other initiatives were going to be required, we approached the HSE to offer our facilities at the LIT Gaelic Grounds, Mick Neville Park and our Offices at Aras Mumhan. The LIT Gaelic Grounds was selected as a Test Centre for over seven months, Mick Neville  Park was utilised as a pop up test centre and inoculation and Covid Test Centre and the Office at Aras Mumhan was established as the Community Response Centre," he outlined.

On the field of play, O'Riordan praised all for the safe return to play at club and inter-county level.

With thoughts turning to 2021, the secretary hopes for more progress on and off the field.

"The LIT Gaelic Grounds acquired an additional piece of ground adjacent to the facility on the Ennis Rd. The land transfer is currently being processed and should be completed early in  the new year. The committee are actively looking at various initiatives to develop the Stadium into the future and it is envisaged that 2021 will bring a number of these to fruition," said the Kilmallock man.

"In Mick Neville Park it was hoped that the stand and new dressing rooms would have been completed at this stage but unfortunately due to the current financial difficulties in Croke Park we have had to stall this project. We are actively looking at other areas to source funds until our funds are released by Croke Park. The next phase at Mick Neville Park will see the replacement of the 3G pitch. We will commence with once the stand, gym and dressing rooms are completed," he explained.

"In the Kilmallock Road Campus, ball stop nets were erected during the summer and we would like to acknowledge the  support from Limerick Regeneration and Limerick City and County Council. This facility was utilised much more this season as there was no requirement for dressing rooms due to Covid-19 restrictions. The Limerick minor and U20 hurling panels trained regularly along with County Coiste na nÓg club games."