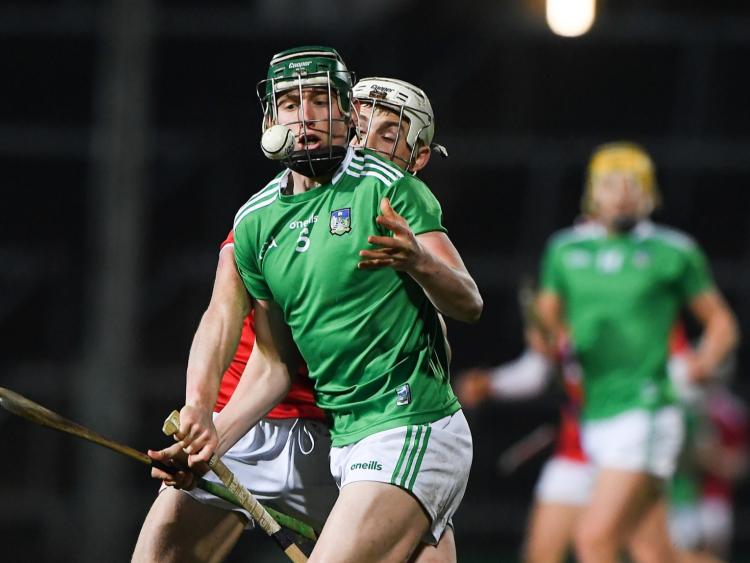 EXTRA-TIME defeat for Limerick in the Munster U20 hurling championship semi final this Saturday evening.

The Rebels progress to play Tipperary or Waterford in the final on December 23.

Cork were six points ahead at half time after setting the pace in that first period but Limerick were a better outfit in the second half. Still the men in red were clear down the home straight until the final four points went the way of Aidan O'Connor (frees) for Limerick.

The first time the sides were level sent them to extra time.

It was an opening half in which the Limerick tally of wides reached nine and a number of other scoring chances also went abegging.

The Rebels hit the ground running and had four points scored before Limerick's account was opened in the 13th minute.

Brian Roche had two of those early points for Cork but there was a very early goal opportunity for Limerick - Cathal O'Neill and Cathal Downes unable to get a telling touch in the goalmouth.

Finally a Dylan O'Shea free had Limerick on the scoresheet and moments later a great finish from Cathal O'Neill had the first score from play for the home side.

With Mark Quinlan now driving Limerick forward, O'Shea pointed from play and the lead was down to one point.

Alas, Cork stopped Limerick in their tracks with a fine goal - Shane Barrett crashing to the net in the 18th minute.

An Aidan O'Connor free came in response but it was to be the final Limerick score of the opening half and another eight minutes were played.

Scores were at a premium in the half with Cork hitting 1-3 from play and Limerick 0-2 - Cork reaching seven wides, just two behind Limerick.

After a sluggish first half, Limerick introduced Michael Keane at half time to full back to with Brian O'Grady pushed into midfield.

Limerick came out battling and had four points in four minutes.

But they were to score just once more before the water break at the 46-minute mark.

Then sub Mark McCarthy and another Ryan free reduced the Cork lead to a single point and 10-minutes to play.

Barrett and O'Neill then exchanged scores but when Cork sub Shane O'Regan scored with his first touch, the lead for the Leesiders was back to two points.

Alan Connolly had successive points with an O'Connor free in reply to leave all poised with a one goal lead and five minutes to play.

O'Connor was to strike the last four points - all frees and tie up the semi final for the very first time to force extra time after a 60-minute period where Limerick had 11 wides and Cork 10.

Cork introduced Colin O'Brien for extra time and he announced his arrival with three points from lineballs.

Aidan O'Connor landed his sixth point in a row in reply but Cork powered on with five successive scores before the interval whistle.

Cathal O'Neill started the second half of extra time with two points from play but the lead was still five points.

That was as good as it got for Limerick as Cork eased over the winning line with a late Brian Hayes goal.