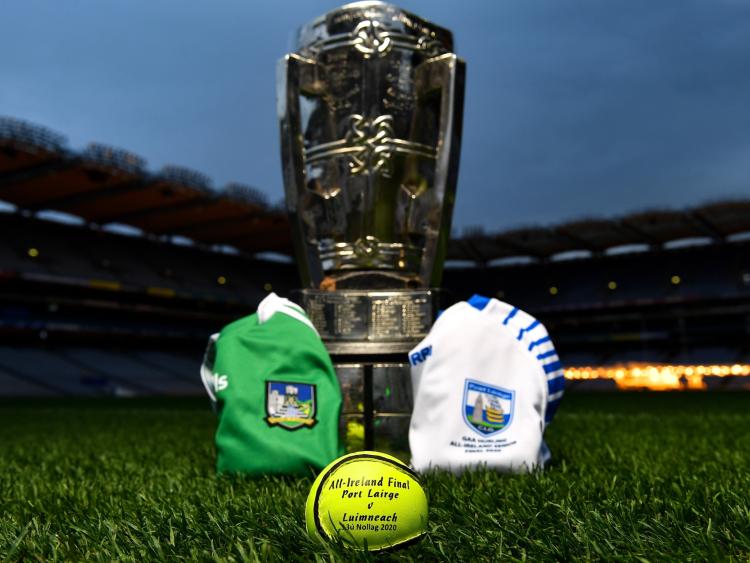 The Liam MacCarthy Cup prior to the All-Ireland Senior Hurling Championship Final between Limerick and Waterford at Croke Park. PIC: Sportsfile

FOR just the 18th time Limerick play in an All-Ireland senior hurling championship final this Sunday at 3.30.

The 133rd All-Ireland SHC final was to take place on August 16 but the worldwide pandemic then changed all.

The championship didn't commence until October 24 – Limerick played on that opening weekend and are still standing for the December 13 final, which will be the first All-Ireland SHC in the final month of the year since 1924.

It’s a first ever All-Ireland decider between Limerick and Waterford – coming four weeks after the counties met in the Munster SHC final. Just the second time ever that a Munster final pairing have renewed rivalries on All-Ireland final day after Clare v Tipperary in 1997.

Today's final will be televised live on RTE2 and on Sky Sports.

John Kiely’s men in green and white are bidding to return a ninth All-Ireland title to Limerick and to win two titles in three years for the first time since 1934-36.

The 2018 champions arrive into Croke Park with a 12 game unbeaten run in the 2020 season. Already the Munster League, National League and Munster SHC titles have been claimed by the all-conquering Limerick men.

It’s a season that commenced on December 20, 2019 with a Co-Op Superstores Munster League win over Tipperary in the LIT Gaelic Grounds and will end almost 12-months later in Croke Park. And, it will end because extra time and penalties will determine the winner if necessary on Sunday.

Manager John Kiely has a 36 strong panel of players for this All-Ireland SHC final – a mention too for Shane Dowling, who would be involved but for injury forcing his inter-county retirement during the Summer.

Championship wins over Clare, Tipperary, Waterford and Galway have seen 22 different players on the field of play for Limerick.

Sunday will be the third meeting of the teams this season – Limerick four point winners on both previous occasions.

The bookies make Limerick favourites to add another piece of silverware but only Limerick’s best performance of the season will see Declan Hannon back up the steps of the Hogan Stand to meet GAA President John Horan on Sunday evening under the floodlights of Croke Park to provide the best Christmas present for all Limerick GAA supporters.