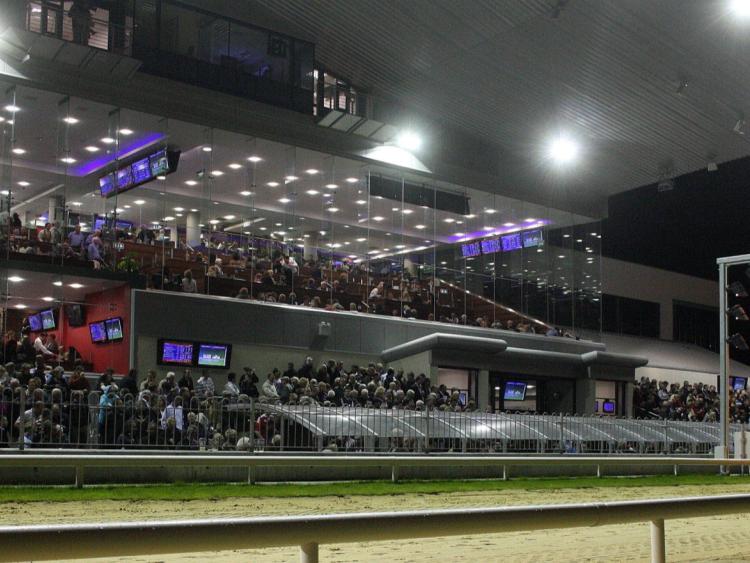 THE Con and Annie Kirby Memorial is to return to Limerick Greyhound Stadium in 2021.

Greyhound Racing Ireland (GRI) has finalised the 2021 Classics and Feature Events Calendar and the final of the Con and Annie Kirby Memorial is on April 24.

The JP and Noreen McManus sponsored puppy stake fell to Covid-19 this year.

An annual event for the last seven years, the Con and Annie Kirby Memorial is run in conjunction with Limerick GAA - offering every club in the county to gain financially.

Elsewhere, on the 2021 schedule the final of the Irish St. Leger will take place on November 27.

On the track, after the Irish St Leger final the previous weekend it was back to routine racing in Limerick Greyhound Stadium on Saturday night.

It was one of three nights racing in Limerick, along with the regular Thursday and an extra night on Monday December 7.

On Saturday the 11 race card opened with an ON3 535. Victory went to Only A Pound for James McLaughlin. In 29.40 the winner was two lengths clear on the line. Second was Kantoher Jack for Patrick Leahy and Mort Kennedy.

Seamus and James McMahon won with Lissatouk Tom in an A8/A10 525. The winner had a winning margin of three lengths after a run of 29.50. Second was Stakers Swift for Jack Barrett.

Hawkeye Rock won for Dan Murphy in an A6 525. In 29.54 the winner had a length to spare on the line. Second was Fergus Dolly for Patrick Cronin.

Ballaghboy Panda won for Jerry Moloney and Patrick O’Connell in an A5 525. The winner had half a length to spare on the line after a run of 29.34. Second was Best Illusion for trainer James Roche and owner Michael Barry.

Gerard Garrahy had Cuala Kid as a sprint winner. The S4/S5 350 was won in 19.26. Second, a length back, was Parody for Ted Curtin and Garrett Barry.

There was an A2 600 won in 32.99 by Hitachi Danny for Patrick Sheehy. Two lengths back in second was Ballintubber Cain for Michael O’Regan.

Thomas and Tim O’Donovan won with Lockdown in an A3 575. The winner was four and a half lengths clear on the line after a run of 31.62. Mary Lynch was second with Bright Dream.

Another sprint winner was Strandhill Queen. The winning time was 19.37. Beaten three quarters of a length into second was Callaway Danni for Denis and John Murphy.

John Meehan won with Bling Bling Paul in an A4 525. The winner was a length and three quarters clear on the line with a time of 29.10. Second was Blastoff Butch for Leo McNulty.

Vito On Top for Dan Philips won an A6 525. The winner was half a length clear after a run of 29.42. Second was Rathin Archie for Aidan and Siobhan Bennett.

The final race of the night was an A2 525 – won in 28.66. The Free State Gang syndicate won with Oisins Choice. Beaten four and a half lengths into second was OnTheCards for Christine Taylor.

This Monday night’s card opened with an ON3 525. Victory went to Ocean Ringo for Tom Fitzgerald. The winner’s time was 29.22. A length and a half back in second as Ballyelan Bully for Kathy Scanlon.

Querrin Kilmihil won for Michael Troy and Vincent Blake. The Gerard Burke trained runner had a length and a half to spare in the ON3 350. The winning time was 19.36. Second was Banter Boom for the Boom or Bust syndicate.

The Mary Ellens Gang syndicate won with Dolla Ranger in an ON5 525. In 29.41 the winner was four and a quarter lengths clear on the line. Second was Speedie Bella for Padraic Fannin.

Kevin Morrissey won with Cobs Road in an A5 525. The winner’s time was 29.43. Second, two and a half lengths back, was Huckle Buck for Joe Shanahan.

Josh Harte won a sprint with Intrinsic Bay. The S5/S6 350 was won in 19.34. Beaten a length into second was Slipaway Ollie for Elizabeth Sheehy.

Bamboleo won for Declan Beary in an A4 525. The winner’s time was 29.21. Just beaten into second as Orlando Robbie for Susan Hayes.

George Hickey won an A3 535 with Millbank Jade. The winner had four and a quarter lengths to spare in 29.15. Second was Standhill Rose for John O’Donnell.

There was an A2 525 win for Breda Hayes with Orlando Aidan. The winning time of 29.04 was good enough for a length and a quarter victory. Second was Cormac Davern with Mohane Gent.

Southwood Queen won for Jonathan O’Grady and trainer Rachel Wheeler in an A3 550. The winner was eleven and a half lengths clear after a run of 30.16. Second was Chris Peanuts for the High Rollers syndicate.

The final race of the night was an A1 525 – won in 28.79. The winner was On Your Way for Rachel Wheeler and the Lost In Translation syndicate. Beaten a length and a half into second was Down An Hour for John O’Neill.