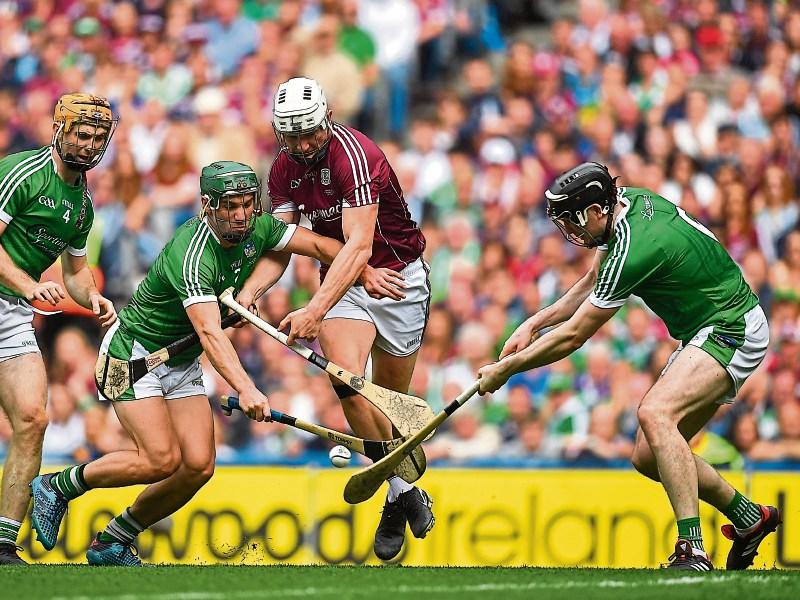 ALL roads lead to Croke Park this weekend. It will be very hard to surpass the surprises and the emotion of last weekend for the rest of the year, but for us Limerick folk it’s just a matter of trying to get the win this Sunday.

What winning in 2018 meant to us, was felt by the people of Cavan and Tipperary last weekend, minus the crowds of course. That feeling of success after being starved for so many years is a feeling you just can’t buy.

For us here in Limerick, every time we have success we get that same feeling because we all remember the dark days oh so well.

This week will be strange for Shane O’ Neill and John Fitzgerald. Living in Limerick, working in Limerick and with most of their friends based in Limerick, I would imagine the banter will be up to 90.

Speaking of banter, I remember months ago when I saw a tweet ‘Limerick man interviewed for Galway hurling job last night’ I immediately texted Shane with the screenshot of the tweet and I said, ‘I have a feeling this is you’ to which he replied, ‘Nope, I was sitting down at home watching Bake Off last night’. And after a quick giggle I replied, ‘Well, do you know what, if you’re sitting at home of a Tuesday night watching a bake off, maybe you should go for the job!!’

The two boys are very good friends of mine, and for every match Galway played this year I was obviously shouting for them, and hoping the boys would do well. Banter and slagging aside, they have a very important job to do and I have no doubt knowing how professional they are, they will do their utmost to try and ensure Galway get over the line. But on this occasion, I hope they just come up short!

Limerick will get the train to the match on Sunday. The best way to travel. When we were going to the All-Ireland semi-final in 2018, it was our first time playing in Croker for years, so the train was all new to us. But my God we had some craic going up on it.

As Paul Browne said recently, if there were All-Irelands given out for craic, we would win it every year. Between lads playing cards, Connect 4 and Scrabble, the journey lasted about 10 minutes, so much so you were nearly sickened when the train pulled up in Heuston Station.

I used to play the Scrabble, and each time, I came last! I think I was just very unlucky with the letters I got. This time round though, I would imagine with social distancing and so on, players won’t be allowed to sit beside each other so it will be a bit different. But I have no doubt they will find a way to entertain themselves. It is all about finding a way to chill out, stay cool and not to get too wound up about the game until the time is necessary. And in fairness, Limerick are very good at that.

In relation to the game itself then, I guess really Limerick have the ideal lead in. Two weeks off, after getting a serious challenge against Waterford, they should come into the game fresh as daisies, and ready to go.

Galway will be playing for their third week in-a-row. So the big question then is: Will this inhibit Galway and their performance? And of course everyone has the answer afterwards.

If they win it’s a case of ‘By jaysus you can’t bate momentum’ and if they lose, ‘Ah the last quarter Galway really felt it in their legs’. So I’m going to answer it beforehand. My belief is, it won’t impact the Galway performance. I think if you get injured or injuries, then you could be snookered.

But they will have 8 days to recover, a good buzz in their camp after beating the All-Ireland champions, and are back in Croke Park where they love playing. So, if Galway lose, I don’t believe it will be because of the shorter break. Of course many people will disagree, but I just believe you can’t beat momentum. Look at Mayo. Look at Cavan. Five weeks on the bounce and still finishing strong.

Of course if we all rewind back 15 months, the heartache after losing to Kilkenny was just unreal.

Will that be a driving force for the players on Sunday? Not really. This is a new game, new year, new opposition. They will be fully focused on what they need to do to win this game.

Yes, it will be in the back of their minds, but it won’t allow them to be overcome with emotion about it.

Everybody will know exactly what they need to do to win the game. For me, I think if they can play somewhat close to how they played against Waterford, it should be enough.

Ferocious tackling, different players popping up with different scores at different times, and turning Galway over where it hurts.

Example? Tom Morrissey dispossessing Gearoid McInerney, Peter Casey blocking down Adrian Tuohey which resulted in a goal and Seamie Flanagan up ending McInerney early in the first half to set down a marker. Three goals, did they come from quality skill alone?

No! They came from hard work and turn overs, and if Limerick can do the same this Sunday, hopefully we will be looking forward to a Christmas All-Ireland final.