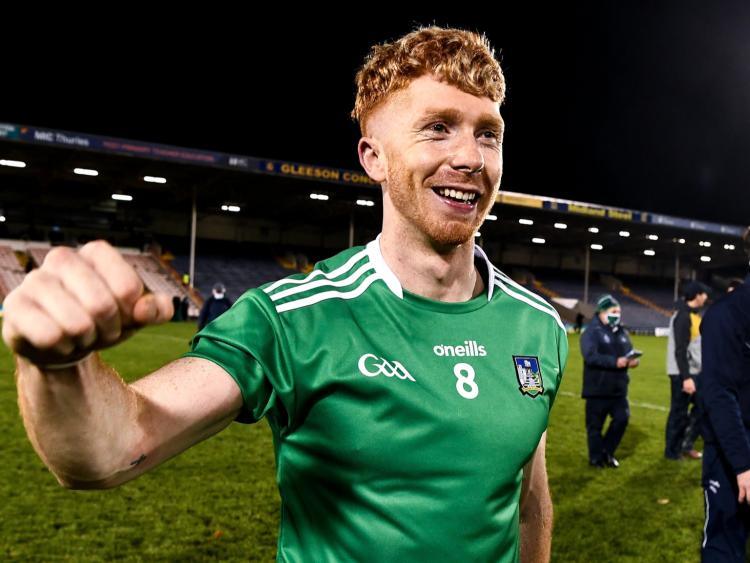 CIAN Lynch has spoken of his "massive respect" for the players and backroom members who have to watch their teams play inter-county GAA Championship games on television due to Covid-19 restrictions.

At present just 26 players and a total of 40 personnel from a participating county are allowed inside the stadium on championship matchdays.

"We keep emphasizing the fact that it is a team game and unfortunately we are only allowed to bring 26 on the day but we have a 36 man panel and a backroom staff who are at home watching this on telly - I’ve massive respect for all the players across the country who have to do that," said Lynch on accepting his Centra Man of the Match award as chosen by RTE'S The Sunday Game after the 2020 Munster SHC Final.

"Please God in the next few weeks we will be able to have everyone here," added Lynch.

"It’s great to be back playing - it has been a long old year for everyone, whether it’s players or families. To be able to get out here in November or no matter what month it is and represent your county and family is special," he stressed after the four point provincial final win over Waterford.

"Both teams, Waterford and ourselves gave it everything so we are just delighted with this win - it’s huge."

The sides were level at 0-18 each entering the final quarter, when Limerick found the scores to retain the title.

"They (Waterford) worked very hard and capitalised on everything they got and that made it tough for us and we expected nothing less than that. We have played them all the way up along, minors, U21 and senior and we know eachother quite well," explained the Limerick vice-captain.

"It was a huge game and we were lucky enough to get the win and we are grateful for that."