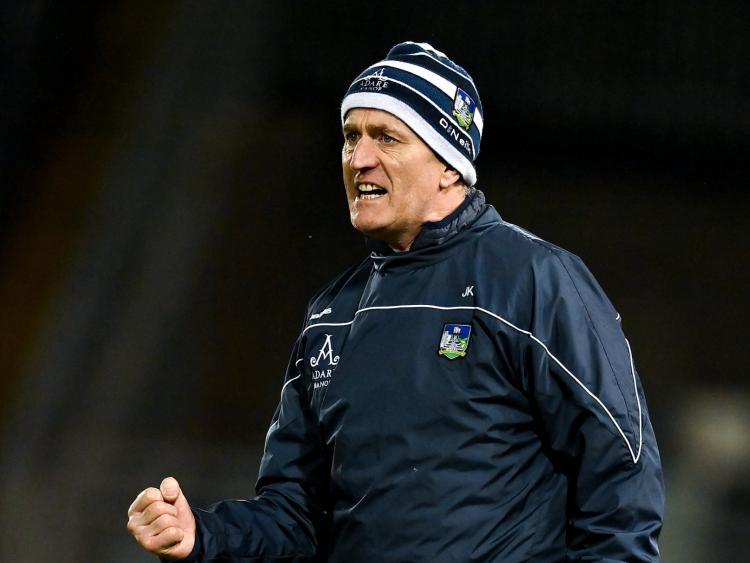 LIMERICK’S Munster Hurling Championship success was tinged by the absence of 10 players from the inter-county panel, according to manager John Kiely.

Covid-19 restrictions mean just 26 players are allowed into the stadium for GAA Championship games at present, meaning 10 members of the Limerick panel had to watch the Munster SHC final on television in their own homes.

“I am quite offended by that situation that we have been put in and I would appeal to the authorities at government level and national level to end this nonsense and allow the panels across all county teams to be together,” said John Kiely after Limerick’ retained the title for the first time since 1981.

“Today was tinged a little bit because we don’t have all our group with us - we have 10 players at home. In my view that is completely and utterly unacceptable given that I have 20 reporters standing in front of me and I have 10 of my panel at home,” the Limerick manager told media.

“There is a unity involved with our 36 players is crucial and our players should not be at home when we have 200+ people here in the stadium watching the match. Our players should be here with their colleagues. As far as I am concerned that cup won’t be presented until Tuesday night when we go training and we have a full panel of players,” said Kiely.

“That is a government decision I am told but whoever is making the decision I disagree with it.”

He added: “I don’t agree with the premise that we can have 200+ people in the stadium watching the match when my 10 players are at home - training this morning in order to keep their load up to the equivalent level of the others players on the panel to ensure if they do get called up next week they don’t get injured”.