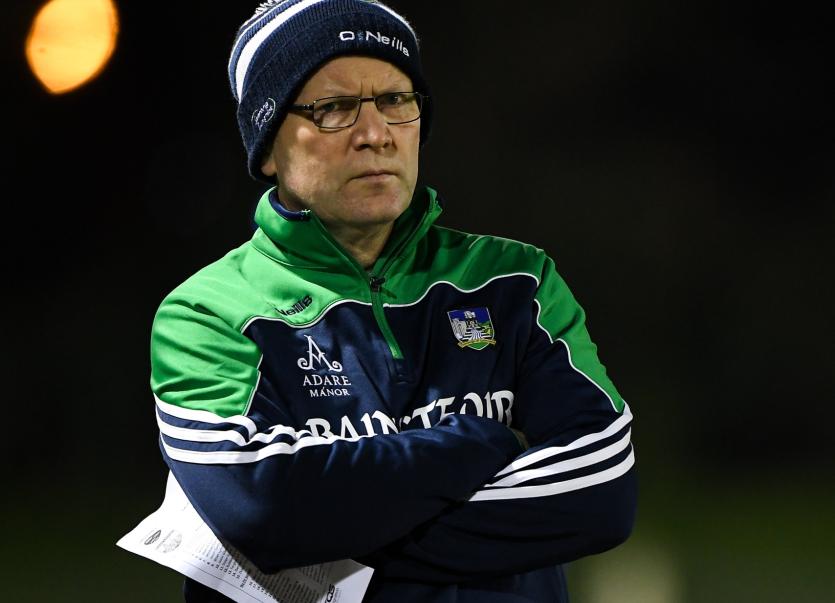 ”They will have us in their sights after last year,” warned Lee ahead of the provincial semi final in LIT Gaelic Grounds at 1.15pm.

“We have to find more improvement ahead of next weekend and whatever lies ahead in 2021,” stressed Lee after his side beat Waterford in the Munster quarter final last Saturday.

The winner on Saturday plays Kerry or Cork in the Munster SFC final on November 22.

”A Munster Final, I am not even thinking of that, and that’s not just because ye are here in front of me. I am thinking of Tipp,” emphasised the Limerick manager.

“It’s an opportunity to play Tipp and we will take it from there.”

Lee added: “Tipp are Division Three and i’m sure they will have us in their sights after last year – we can’t look beyond that”.
Last year’s win over Tipperary was Limerick’s first Munster SFC win since 2012.

“You can’t underestimate the bounce that the Tipperary game gave us last year - in a championship game away from home against what was at the time a Division Two team. That in itself wasn’t the only reason - there is a lot of work done off-season and all down to hard work. None of get anything in life unless you do hard work and that’s the reason we are winning games at this point,” he said of Limerick’s 2020 form.

“There is no substitute for age and winning games,” he said of a season that has returned nine wins from 11 outings and silverware in the McGrath Cup and Allianz League.

Another victory for Billy Lee's side would move Limerick into just 14th ever Munster SFC final. Limerick were last in the final in 2010.