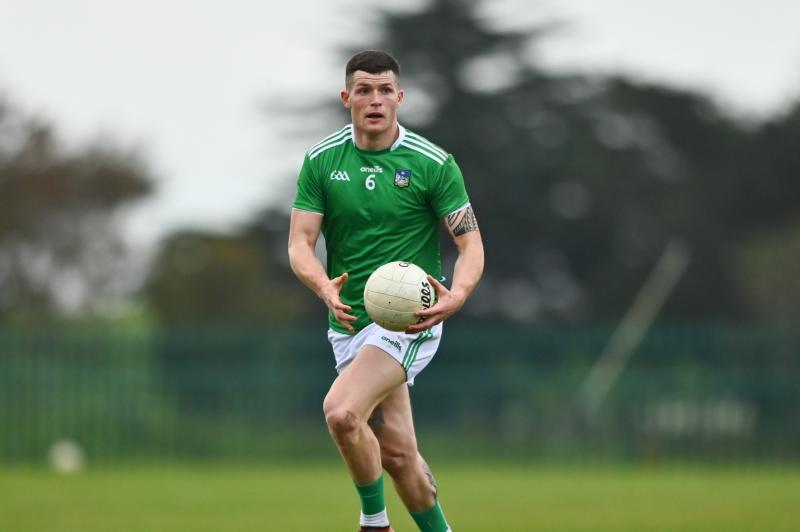 There have been four final appearances since, yet almost 30 years later, Limerick have won two Munster SFC games in the same season just three times – 2003, ‘04 and ‘09.

That’s the quest on Saturday when Limerick face Tipperary in the provincial semi final in the LIT Gaelic Grounds at 1.15pm – a game live on RTE television’s News Now channel.

“Winning is a lot more enjoyable than losing,” said Limerick vice-captain Iain Corbett of their 2020 season which has nine wins from 11 outings.

“We have a great group and there is a real close bond there and we all get along with each other.”

He explains: “It’s something that we have been building under Billy. The age profile of the panel is good - the Declan Brouder U21 teams are now the core of the team - a good age profile”.

Victory sends Limerick into a November 22 provincial decider but Corbett isn’t having talk of Munster finals.

”It happened last year when playing were saying Cork were on a bit of a slide and we ended up with plenty egg on our face,” he stressed.

“We will be underdogs and will just go out and try perform to our best and see where that takes us.”

But Corbett is content Limerick football is moving in the right direction.

”We expected to get promoted this year - that was the target. Now we are onto championship and we wanted to win tonight and we will want to win next week because we are focused on trying to get up the leagues and performing at a higher level more consistently,” he said after defeating Waterford.

The Newcastle West has started the last two games in the half forward line before reverted to centre back for the second half.

Is he is a back or a forward?

”I’m not sure! That will depend on Billy,” smiles Corbett.

In general, Limerick have proven themselves to be adaptable to change.

”A lot of the forwards would be comfortable playing out around the middle eight and with half backs and half forwards they are like-for-like these days. It keeps the opposition guessing when we are coming up against them if they are not exactly sure how we are going to line out - it gives us an advantage in that sense,” he outlined.

The 11-point win over Waterford came with 10 different players on the scoresheet.

”There are plenty good footballers there and once we get the ball into the right zone I have confidence in any of the lads to take a shot when it is on - there is no out and out marksman so everyone is an option and the more fellas that are scoring, the more scores you are going to get.”

“We had a job to do and we came down and did it. We started well and had what wind was there and got the good start and held them at arms length. They put a lot of pressure on us at the start of the second half but they probably didn’t take the chances and went up the other end to get a few scores to keep the gap.”

He continued: “We are winning games and it’s great. Last week (Sligo) the last 10-minutes were very nervy and we came out the right side of that and it gave us confidence going into this week.”