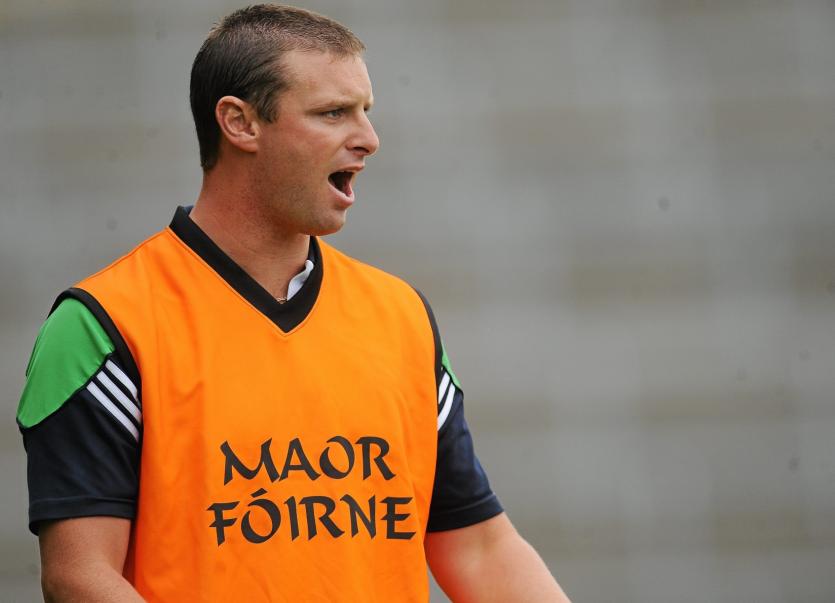 IT’S 20 years since Limerick went to Fraher Field in Dungarvan and won the Munster U21 Football Championship.

This Saturday (7pm), Limerick and Begley go back to Dungarvan for a Munster SFC quarter final tie – the game will be streamed live online on www.gaago.ie for €5.

“We have to go down to Waterford and it’s our third time going down this year and it’s a difficult place to go and get a result and it will be no different again on Saturday evening,” stressed Begley, referencing two early seasons clashes.

“The league was where it was at for this year – the goal was to be up at the business end of it and try get promotion. Now that we have done that we need to focus on the championship,” outlined Begley.

“When you sit down at the start of the year and set goals, you have to be realistic and we set out a goal of getting promotion to Division Three and we have done that so our focus now goes to the championship.”

The Mungret man added: “We have a tough game against Waterford and are not looking beyond that”.

“We are starting to build a bit of a panel and you can see that coming to the fore – it’s great to be able to bring younger guys on and now we can see they are starting to mature. With those numbers it means guys are working hard to try and get their place in the first 15 – that huge competition is what we are looking for and maybe we didn’t have that in Limerick football for the last couple of years or before that. Competition that is there is great and its creating more options for us and it’s great to be able to bring guys on that have experience,” outlined Begley.

Victory in Sligo ended a four year stay in Division Four for Limerick but with just a week to prepare for championship, Begley insisted that focus will be paramount.

“It was important we got the win today after the disappointment of the previous weekend. If we had lost today it would have been hard to pick it up during the week. The lads have great character and they showed that again today – we earned our way up into Division Three and the boys should have plenty confidence after that and ahead of the championship.”

Begley added: “There won’t be any celebrations, we will enjoy it another time, but we have to look forward to next weekend when our goal is to go down and beat Waterford but that will be no easy task”.

Victory in Waterford would seal a November 7 Munster SFC semi final with Clare or Tipperary.

Limerick go to Dungarvan in a season that has already returned two pieces of silverware - the McGrath Cup on January 11 and Division Four of the Allianz League on October 24.

On Saturday they face a Waterford side that beat Sligo and drew with Carlow in the league.

Add in two McGrath Cup games and The Decies have just one win from their eight outings in 2020.

It is also worth remembering that the 2020 All-Ireland SFC is straight knockout with no backdoor option.

Limerick are looking to build on their 2019 Munster SHC win over Tipperary - a first win in the province since 2012.