Opinion: Nice to press pause on the pandemic and talk hurling not Covid - Jerome O'Connell 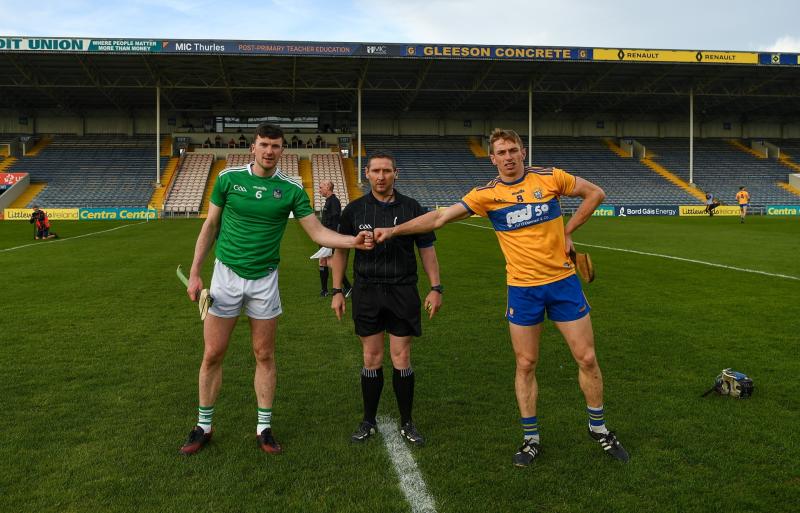 I’M not sure what I expected to find but I drove into ‘The Square’ in Thurles last Sunday ahead of the meeting of Limerick and Clare.

It was just another reminder of all that was missing from Munster Championship Day.

I’m almost 20 years reporting on GAA for the Limerick Leader but remain firstly a Limerick GAA supporter. I get the same nervous energy or giddy excitement as any other green and white supporter. I don’t get to wear my county colours or be vocal in support at matches but internally I’m 100% behind every inter-county Limerick team.

On championship days particularly I’m often jealous of those able to soak up the occasion, while my job curtails me.

Last Sunday, my job afforded me the privilege of being in Semple Stadium when thousands of others were prevented by Covid-19 restrictions – many who were missing their first Limerick senior hurling championship match in some time.

Social distancing meant I sat in solitude in Ardan O’Riain and it wasn’t until a few phonecalls on the drive home that any real sense of of my inner supporter emerged.

There was very much a behind closed doors exhibition game feel to the whole occasion.

No eruption to greet the teams out under the tunnel, no roar of the crowd as the referee threw in the sliothar, no cheers to greet a score.

Above any other sport, hurling needs a heaving crowd to supplement the on-field action for the full championship effect.

Those watching on television and the players and management were actually better positioned to try encapsulate the championship feeling.

”I’ll be honest with you, the buzz was there this morning. The buzz was there all week. Everything was as normal apart from the fact that there’s nobody here. Everything else was as normal in terms of the nerves, the excitement, the unknown, the anticipation of what might be the unknown that you might not have thought of that might just happen,” explained Limerick manager John Kiely.

But for all that was missing from Munster Championship Day, I’m still of the belief that a behind closed door championship is better than no championship at all.

It was a slow burner but as last weekend approached any phonecalls or social interactions had changed from Covid-19 dominated conversations to hurling.

Look back across social media last weekend – finally the endless lists of figures and facts detailing coronavirus updates were overtaken by sport.

And wasn’t it great to press pause on the current pandemic world for just a few hours and instead marvel in the skills of Gearoid Hegarty, Declan Hannon, Tom Morrissey and others; debate the rights and wrongs, review and preview and generally live a life somewhat ‘normal’.

So what I learned was to grasp this ‘new normal’ of Championship Day for what it is, with a promise not to take anything for granted when we finally go back to the future.

So roll on this Sunday and another chance for thousands across Limerick and beyond to press pause on this pandemic for a few hours.

“We want to remind our families and supporters of happiness,” said Cian Lynch in a Limerick Leader interview ahead of the Clare game.

He was right, that’s exactly what happened.

Support from afar it has got to be, but there is nothing stopping all turning their Limerick households green and white to show John Kiely, his management team, and his 36-players that we are still behind them - still together but staying apart.